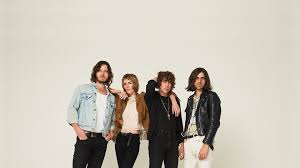 Having just released their brand new single ‘Cops And Robbers’ – hot on the heels of last year’s critically-acclaimed comeback album Olympus Sleeping – Razorlight have announced details of a headline UK tour for December, with tickets going on sale on Friday 27th September.

The band will play 11 dates across the UK this winter ahead of joining Kaiser Chiefs on their arena tour, starting off in Leeds on the 1st December and finishing on the 14th December with a headline show at London’s Electric Brixton venue.

The band’s UK tour will call at the following:

Tickets will be available here: www.razorlightofficial.com/

Having released new single ‘Cops And Robbers’ earlier this summer, the band are set to release more new music before the end of the year.