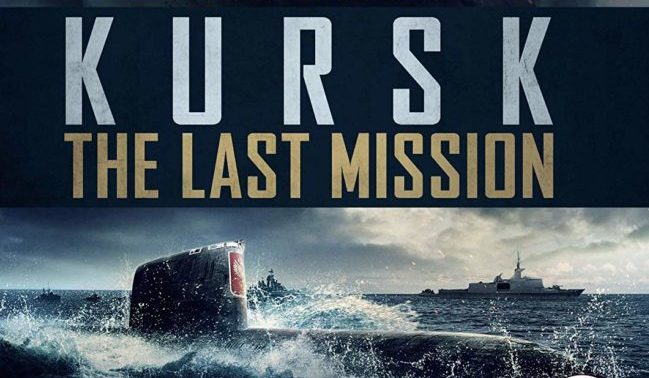 The Kursk submarine disaster that took place in August 2000 in the Barents Sea lasted for several days. Of course the longer this went on for and relied on international assistance, the more it exposed the falability of the Russian military might. It lasted for a total of 4 days and made news headlines around the world as international help, including from the British Navy tried to reach out to the Russian government and offer assisstance to assist in the rescue of the crew of this nuclear submarine, but alas to no avail, tragically ending the lives of its 118 crew members.

The film, Kursk: The Last Mission (2018) is a French-Belgian-Luxembourg co-European film originally called The Command in the rest of Europe (it also simply goes by the title, Kursk). It, like many Luc Besson produced films is made in the English language in order to give it the broadest possible international market and appeal. It is based on journalist Robert Moore’s book, ‘A Time to Die’, in which he compellingly relayed the disaster of the ‘Kursk’. The film aims for, but doesn’t entirely successfully achieve how the families fought for information as to what is happening to their loved ones on the stricken submarine and what is being done to save them.

The disaster took place while the sub was on naval exercises in the Barents Sea. When an explosion takes place in the sub, the vessel sinks to the bottom, killing the majority of the crew, save for 23 survivors (accrding to the film), who seal themselves in one section of the sub. Of course all the while this is happening, oxygen is running out. One of the lead men is Captain-lieutenant Mikhail Averin (Matthias Schoenaerts) who tries to galvanise the men and do something himself to try to escape. Meanwhile, on dry land, Averin’s wife, Tanya (Lea Seydoux) tries to battle the authorities for information. In the film, a rescue attempt is made, but in reality this never happened and the surviving men were already dead by the time this rescue effort took place. It is clear that the filmmakers took liberties with the story for dramatic effect, but, nevertheless, could have capitalised more on the battle with the authorities.

One of the foreigners trying to help is real life Commodore David Russell (Colin Firth), commander of HMS Vanguard, a Trident nuclear vessel. However, the Russian government, despite the offers coming from the international community refused help and wasted valuable time. They would have rather sacrificed these sailors rather than swallow their pride and request help. One of the key Russian dignataries from the upper echelons is played by the ever stable Max Von Sydow.

As a disaster movie, the film has some nice production values, but lacks some of the suspense or drama that would have made it good. This results in the film being solid as entertainment, but poor as drama and sending any kind of message about the falability of power. Even still, the film is likely to be dimly seen by Russia.