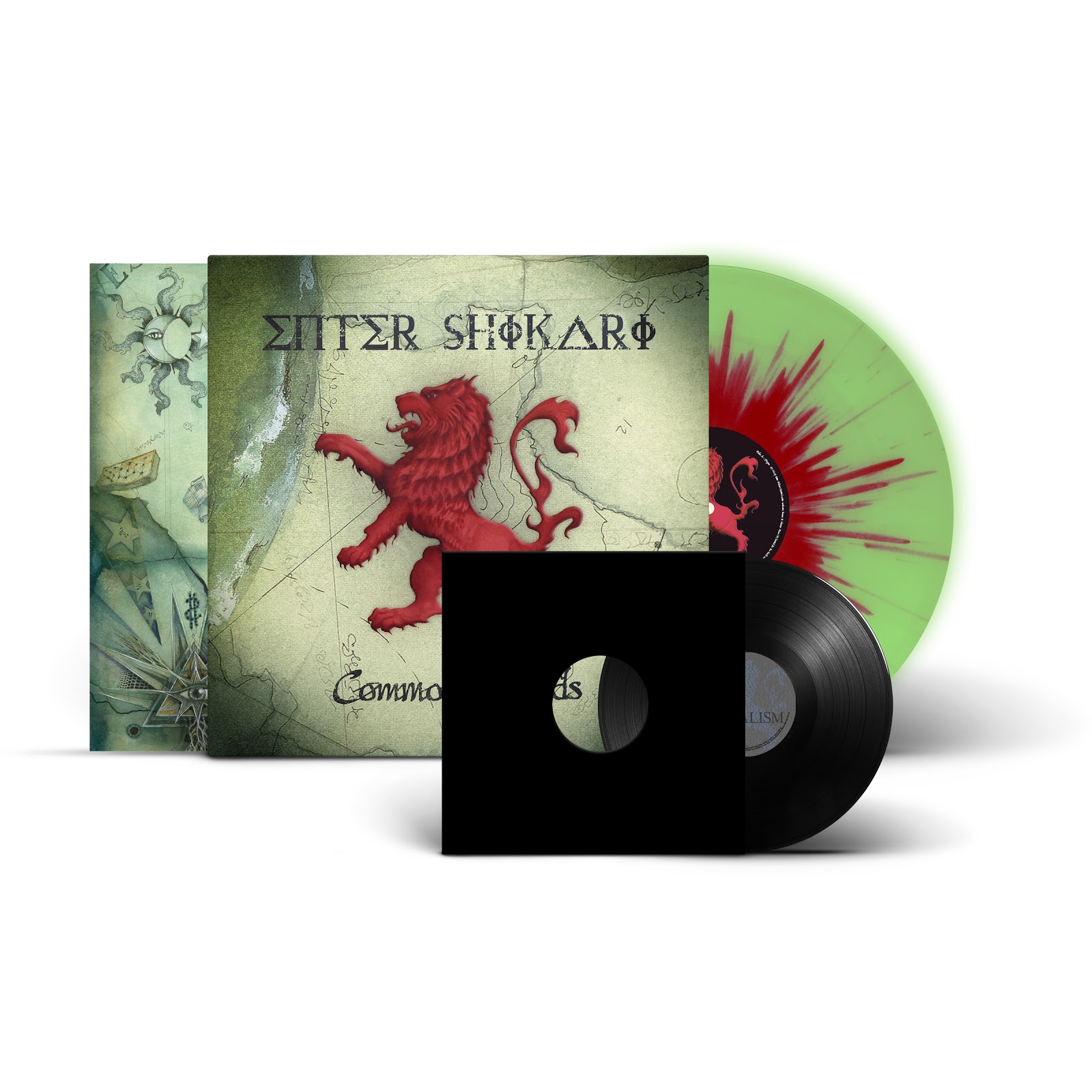 Enter Shikari ‘Common Dreads’ was the bands hugely anticipated second album that cemented them as one of the most innovative and exciting bands of the late 2000s. This 10th-anniversary limited edition version consists of a green glow in the dark with red splatter vinyl which matches the cover, a bonus 7” single featuring the tracks ‘Tribalism’ and ‘Thumper’ from their 2010 compilation ‘Tribalism’ which have never been on vinyl before and a ‘Common Dreads’ poster.

A limited run of 1,500 will be available exclusively through Rhino.co.uk & entershikari.com and a black single vinyl version available at all retailers. Both of which have been remastered at half-speed for a greater depth of sound and will be released from 15th November 2019.

Upon the release of ‘Common Dreads’ in June 2009, the reviews met the hype. 5/5 in Kerrang!, 9/10 in Rock Sound, 9.3/10 from Ultimate-Guitar as well as hugely positive support from others such as Metal Hammer and the BBC who said “The only complaint with Common Dreads? It’s so short and sweet that when the last bars of Fanfare For The Conscious Man trickle into the distance after less than an hour, you’re left desperate for more”, and The Quietus stating “’Peerless’ is an overused term when referring to bands, especially ones in such a still-developing stage, but for Enter Shikari it seems entirely appropriate: Common Dreads is a rare treat indeed.”

Originally the album was released on vinyl but for a limited run of just 1,000 units and it has become a hugely sought after record for fans and collectors alike… Rou Reynolds, founder and lead singer of the band… “Common Dreads has been out of print on vinyl for over a decade, and to be honest we’re fed up with the constant whinging for us to do a repress. So, here it bloody well is.”

“In all seriousness, we’re really happy to be able to revisit this album. It feels quite prescient, looking back on all that’s happened in the world since. We addressed some of the same crucial global problems that increasingly plague us today. People who didn’t understand the lyrics of Take To The Skies thought that Common Dreads was our first record with political commentary when it was actually just our first with an overt political commentary. We’d love to be able to say that it’s not worth repressing this album because it’s not relevant anymore. but. sadly… “

Enter Shikari’s explosion onto the scene in 2006 is not to be understated. Their self-released debut ‘Take To The Skies’ smashed into the charts reaching number four – an incredible feat for an unsigned bands debut album and unheard of for a ‘post-hardcore’ band – a genre rarely bothering the traditional UK album chart. That same year as a new “unsigned” band, their ever-growing fan-base and performance dominated the headlines from that year’s Download Festival and later in the year they became only the second-ever unsigned band to play and sell-out the iconic London Astoria.

The band has gone on to release 3 further albums (so far) since the release of Common Dreads, growing from strength-to-strength taking their music around the world to ever-growing live audiences and remaining a vital and relevant voice in alternative music.

Gap in the Fence

Fanfare for the Conscious Man