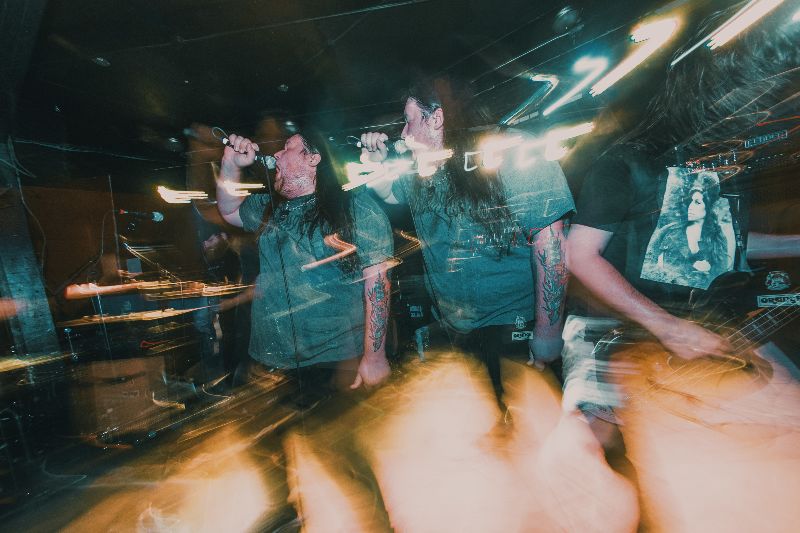 Left Behind have announced that they will be releasing their highly anticipated third full-length album, No One Goes To Heaven, on 15th November 2019 via Pure Noise Records. The band has also shared a brand new video for lead single, Peeling Wax, which features Matt Honeycutt of Kublai Khan.

“All the songs have different meanings, some were inspired by how I’m still recovering from things that happened a couple years ago with some of the stuff I wrote about on the last album. ‘Peeling Wax’ in particular was about a conversation I had with Matt (From Kublai Khan) during the first tour we did together. To sum it up, he told me he connected with what I say, that he felt like he was alone in a lot of things he experiences and our music was like a light in the darkness he felt. We became a lot closer friends over the last couple years and I decided to write the song about that same loneliness we feel. It was only right to feature him on the track,” vocalist Zach Hatfield shares.

Tapping into the darker side of the hardcore/metalcore stratum, Left Behind deliver a sludgy mix of breakdowns and staccato guitar riffage that invokes names likes Harms Way, Crowbar, and Black Breath. The band debuted in 2013 with the EP Death, Take Me, followed by the release of the full-length Seeing Hell in 2016, and Blessed by the Burn in 2017. Just last year, the band signed to Pure Noise Records and has been on the rise ever since.

No One Goes To Heaven will be released on 15th November via Pure Noise Records and is now available for pre-order at https://smarturl.it/LeftBehind304.