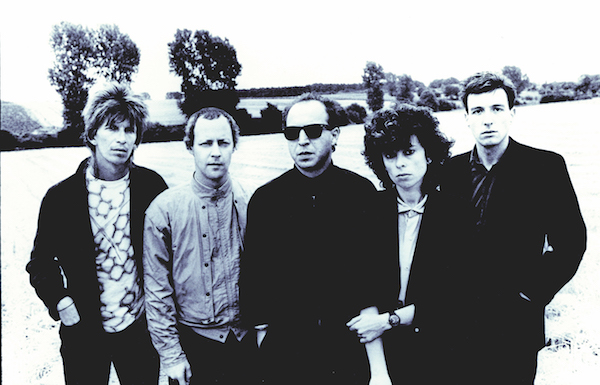 Today influential post-punk group Minimal Compact have shared a new version of their 1985 classic single “My Will“. The re-worked track is taken from their forthcoming LP ‘Creation is Perfect’: an album of new versions of classic tracks re-recorded with long-time collaborator Colin Newman (of post-punk legends Wire), to finally capture their music in its true brilliance. The album is due for release on October 25 via the band’s own Minimal Compact label, and also includes one brand new track.

Formed in Amsterdam in 1980, Minimal Compact were part of the original post-punk explosion – and remain one of its most distinctive voices. The band developed a unique mix of propulsive rhythms, spacious bass lines, rich keyboard textures, mesmeric guitar lines, and vocal melodies with a Middle-Eastern inflection. They sounded like nothing that had gone before.

The band performed all around the world, from Poland to Japan, and gained a reputation for energetic, unpredictable, intense shows. However, their studio recordings seldom snared the majesty and power of the live gigs.

Now Minimal Compact have reconvened, together with producer and long-time collaborator Colin Newman (of post-punk legends Wire), to finally capture their music in its true brilliance. Several of the band’s signature songs have been re-recorded using a mix of live recordings and studio-tooled performances. The result is an album that radiates vitality and sheer class.

Minimal Compact originally parted company in 1988. But during their absence, their influence grew and grew. By the time they returned for a handful of sell-out shows in 2004 they had been recognised as inspirational originators. They have reunited for live gigs just a few times since then, each performance serving to add to their legacy.

With more live shows coming up, ‘Creation is Perfect’ is a timely reminder of what an essential and forward-thinking unit Minimal Compact are. You may be familiar with these songs, but you’ve never heard them sound as strong as this before.

When Minimal Compact are apart, the various members are restlessly creative. They release solo albums, have art exhibitions, present radio shows, collaborate with other artists, DJ, tour, run record labels, and appear on TV. But when those five individuals get back together, something magical happens – and it’s happening again.

‘Creation is Perfect’ is an album of power and depth that demands repeated plays. Crackling with energy and immediacy, this is the sound of a band reaching a new level of creativity.