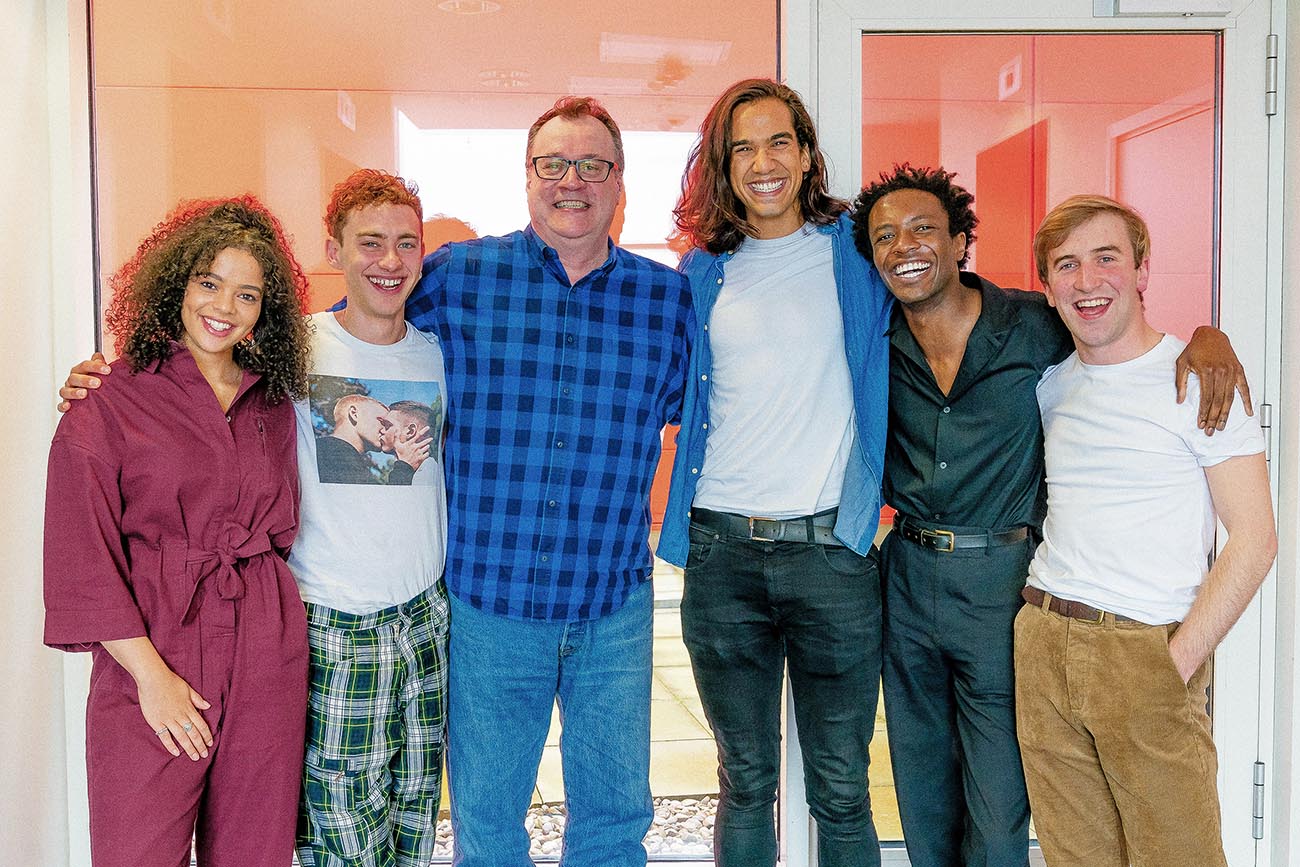 Casting has been announced on multi-BAFTA Award-winning writer Russell T Davies’ (Queer As Folk, A Very English Scandal, Years and Years, Doctor Who) brand new 5-part drama for Channel 4, Boys (working title) which will be produced by RED Production Company (a STUDIOCANAL company).

It’s 1981, the start of a new decade and Ritchie, Roscoe and Colin begin a new life in London. Strangers at first, these young gay lads, and their best friend Jill find themselves thrown together, and soon share each other’s adventures. But a new virus is on the rise, and soon their lives will be tested in ways they never imagined. As the decade passes, and they grow up in the shadow of AIDS, they’re determined to live and love more fiercely than ever.

Olly Alexander, from the band Years & Years, plays 18-year-old Ritchie Tozer, the family’s golden boy, though he’s determined to keep his secrets from them.

Lydia West (Years and Years) plays Jill Baxter, Ritchie’s friend from college, straight-talking, funny, and the rock on which they rely.

Olly Alexander says: “I feel like the luckiest boy in the world to be a part of this project, I’ve been a fan of Russell T Davies ever since I watched Queer As Folk in secret at 14 years old. His work helped shape my identity as a gay person so I’m absolutely over the moon we’ll be working together. The script was amazing to read, I laughed and I cried a lot, it’s a privilege to be helping to tell this story and I’m so excited.”

Neil Patrick Harris says: “I’m so pleased and incredibly proud, to be a part of Russel T Davies’ new series. This drama, Boys, is two things: it is an irresistible, funny, jubilant story of young people discovering their true identities and the unalloyed joy of living life to the fullest, it is also a deeply resonant exploration of a decade when so many of these lives were cut short by the devastating effects of the nascent AIDS pandemic. Russell’s scripts chart the highs and lows of this time so beautifully and deftly, it’s an honour to help tell this story.”

Filming begins next week and the series will air on Channel 4 in 2020. The series is overseen at Channel 4 by Lee Mason, Commissioning Editor and Caroline Hollick, Head of Drama. The series will be produced by RED Production Company (a STUDIOCANAL company) and executive produced by Nicola Shindler (Years and Years, Safe, Happy Valley, Queer As Folk, Cucumber) and Russell T Davies (Years and Years, Queer As Folk, A Very English Scandal, Doctor Who, Cucumber). Phil Collinson (Gentleman Jack, Good Omens, Doctor Who) is producer. The series is directed by Peter Hoar (Umbrella Academy, The Last Kingdom, Da Vinci’s Demons). Boys is the 10th collaboration between Russell T Davies and RED Production Company. The partnership is known for producing relevant, timely and emotionally charged dramas having previously created hit series including Queer As Folk, Casanova, Cucumber, Banana, Bob & Rose and The Second Coming. All3media International are global partner.