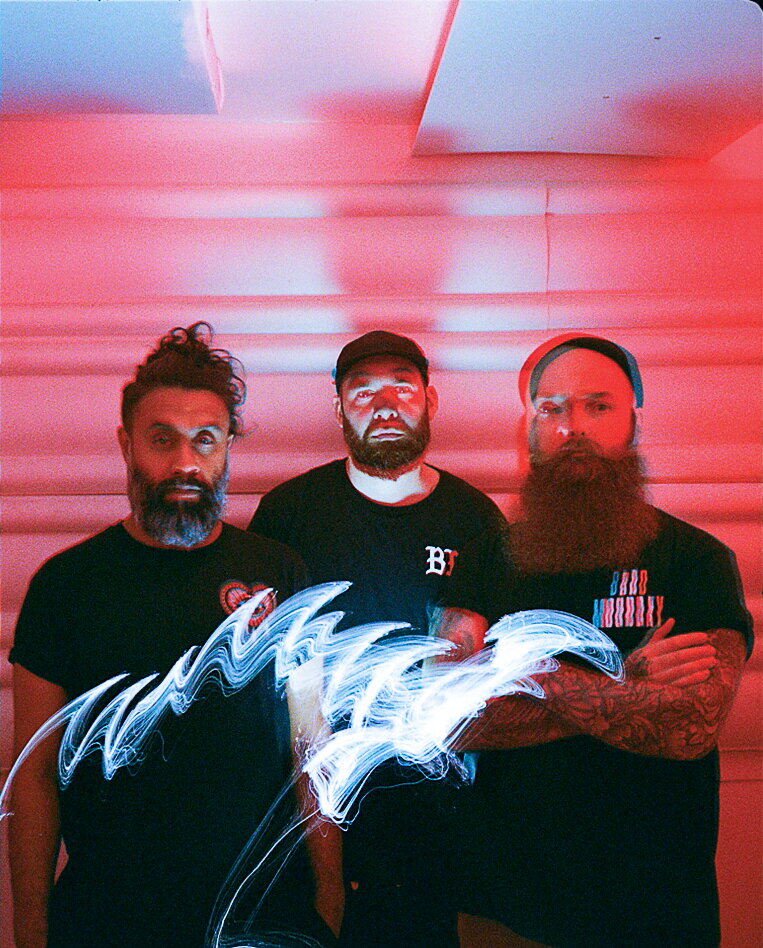 Having already DEMOLISHED stages at festivals across the UK and Europe this summer, the London based three-piece will lay waste to venues across the UK shows this October.

DO NOT miss this incendiary live band as they lay waste to one of the following venues:

Already gathering support from the likes of BBC Radio 1, Kerrang! Radio, Metal Hammer, Kerrang! Magazine and more, PENGSHUi have already brought the ruckus to festivals across the UK and Europe this summer.

PENGSHUi don’t care much for barriers. How else do you end up with a bulldozing ambush of riffs and aggressive raps that tear down the walls between grime and punk? “It’s this unhinged, loud sound that actually came about pretty organically,” grins the group’s bassist/producer Fatty, joined in the band by vocalist Illaman and drummer Pravvy Prav. “We mash up the sub-bass, those 140bpm tempos of grime with the attitude and live energy of punk.” It’s a logical pairing when you think about it, Illaman adds. “After all, grime is the new punk. You go to a grime night now and everyone’s moshing. Grime and punk are both made up of people with something to say politically and personally, who’ve got this DIY spirit and desire to fuck shit up.”

That desire is written all over the group’s sound, a molotov cocktail combination of genres that’s attracting a fast-growing fanbase. Since forming a little over a year ago, dropping their first single “Control” in June 2018, the trio have released a further five cult acclaimed singles (Don’t Like Me, No Time, Ramp or Play, Nobody Cares, Leave It) won a Kerrang! Radio Fresh Blood competition for a slot at Download Festival and bagged appearances at Glastonbury and Boomtown festivals. They’ve toured with genre-smashing Welsh wonders Astroid Boys and were invited to create an official remix for The Prodigy, resulting in a blistering rework of their Essex idols’ track “Light Up The Sky”, which was released in October last year.

The band are currently putting the final touches to their forthcoming debut album… more on that very soon.