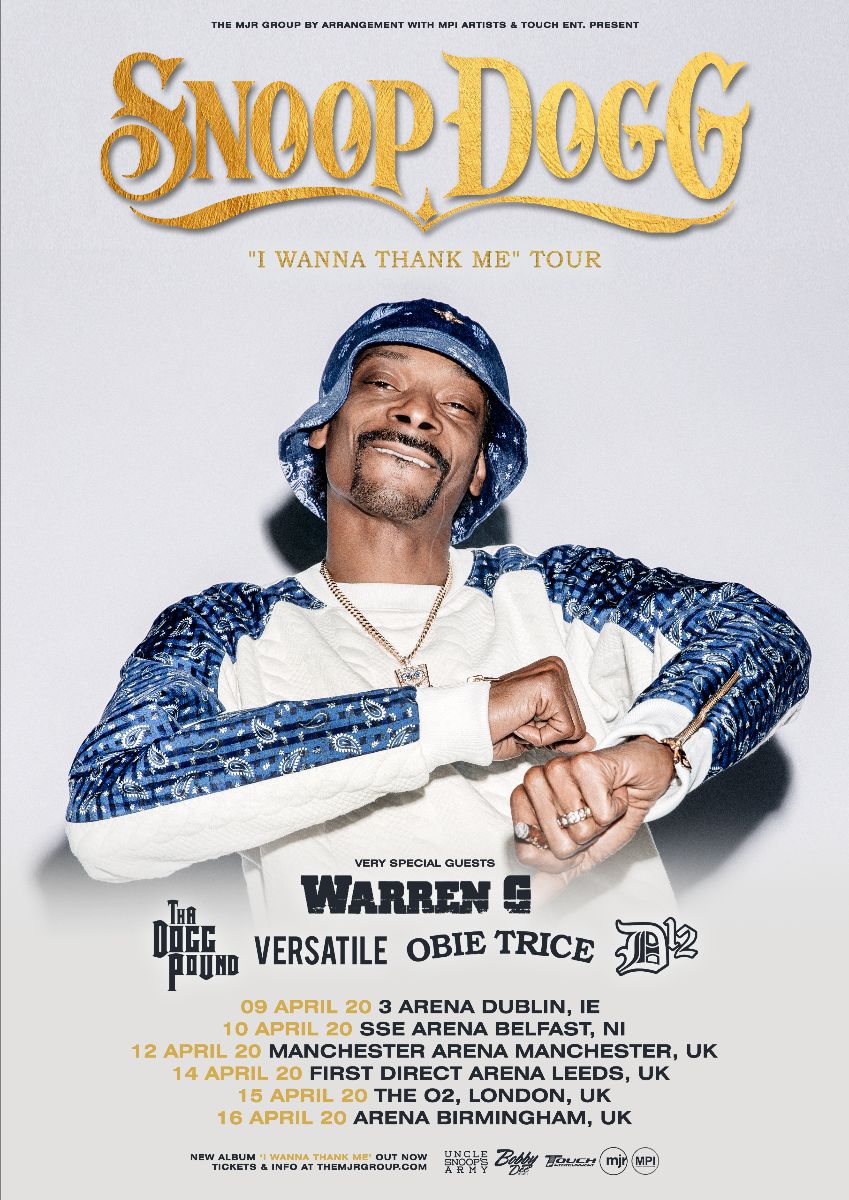 The forthcoming tour sees the West Coast rap legend touring in support of his 17th album I Wanna Thank Me, and a documentary of the same name, released earlier this year.

I Wanna Thank Me celebrates 25 years of the Snoop Dogg, a career that has seen the Doggfather cement his undisputed influence on music with chart-topping, multi-platinum records, while also solidifying his importance to wider culture as an actor, businessman and more across the board.

The tour reflects this and sees Snoop Dogg enlist a selection of his key collaborators from the breadth of his iconic music career including further West Coast hip hop royalty; Warren G, Tha Dogg Pound, Obie Trice and D12. They will also be joined by the multi-million streamed Irish rap duo Versatile.

Tickets are available on O2 Pre-Sale today (Oct 2nd), via MJR Pre-Sale at 9am on Friday Oct 4th and go on general sale at 9am Monday October 7th via bit.ly/SnoopDogg2020

Full tour dates can be found below: