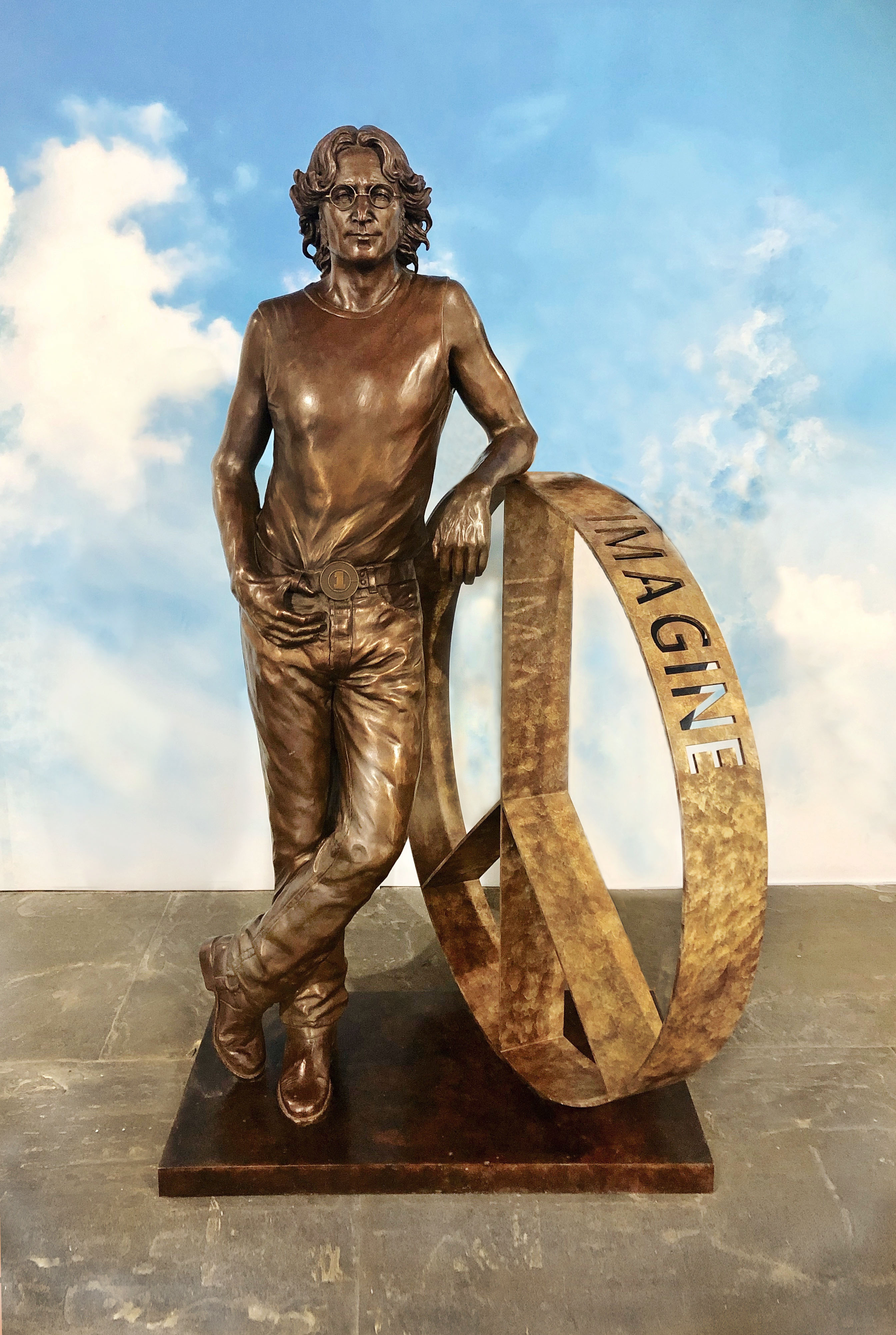 On October 9th, John Lennon’s 79th birthday, a special free Lennon tribute show is taking place at the Hard Rock Hotel, London. Organised by Sepp Osley, leader of rock band Blurred Vision, it marks a celebration of the life and legacy of the Beatles legend.

A life-size statue of John Lennon is now also headed for the hotel. The striking artwork, which is 180cm high and made of bronze, is the creation of renowned international artist Laura Lian. Recently on display at St George’s Hall, Liverpool it also attracted a great deal of attention at this year’s Glastonbury Festival which similarly hosted it.

“I made the statue to help inspire a new generation to reinforce John and Yoko’s message of Peace.” says Laura. The statue project and the Lennon concert, also accompanied by a single ‘Dear John’ and a video, are all in support of the UK charity War Child.

Sepp Osley said “I am thrilled that the statue is going to be with us on the evening. Both Laura and my band Blurred Vision are totally behind the work of War Child. Having been one myself I know just how valuable their work is. To have the statue travel from Liverpool especially for our event is simply wonderful.”

Donations for War Child can be made via the band’s web site www.blurredvisionmusic.com.

A video of ‘Dear John’ featuring fans from around the world plus many artists including Peter Gabriel, Steve Hogarth, Donovan, Fish, Marc Almond, Geddy Lee, Paul Young and more, can also be seen on the site.

Prominent supporters of the John Lennon Peace Statue include Kate Hudson, General Secretary of the Campaign for Nuclear Disarmament (CND) who describes it as “a beautiful piece of art that will help in our campaign to promote a more peaceful world.”

John Lennon’s sister, Julia Baird, said “Unlike other statues, this creation puts to the forefront John’s strong fight and never-ending desire for peace in the world. This is a concept that is needed just as much, if not more, today as when John was alive.”

The statue is looking for a permanent home and is currently available for sale; all enquiries regarding it should be addressed to laura@lauralian.co.uk.