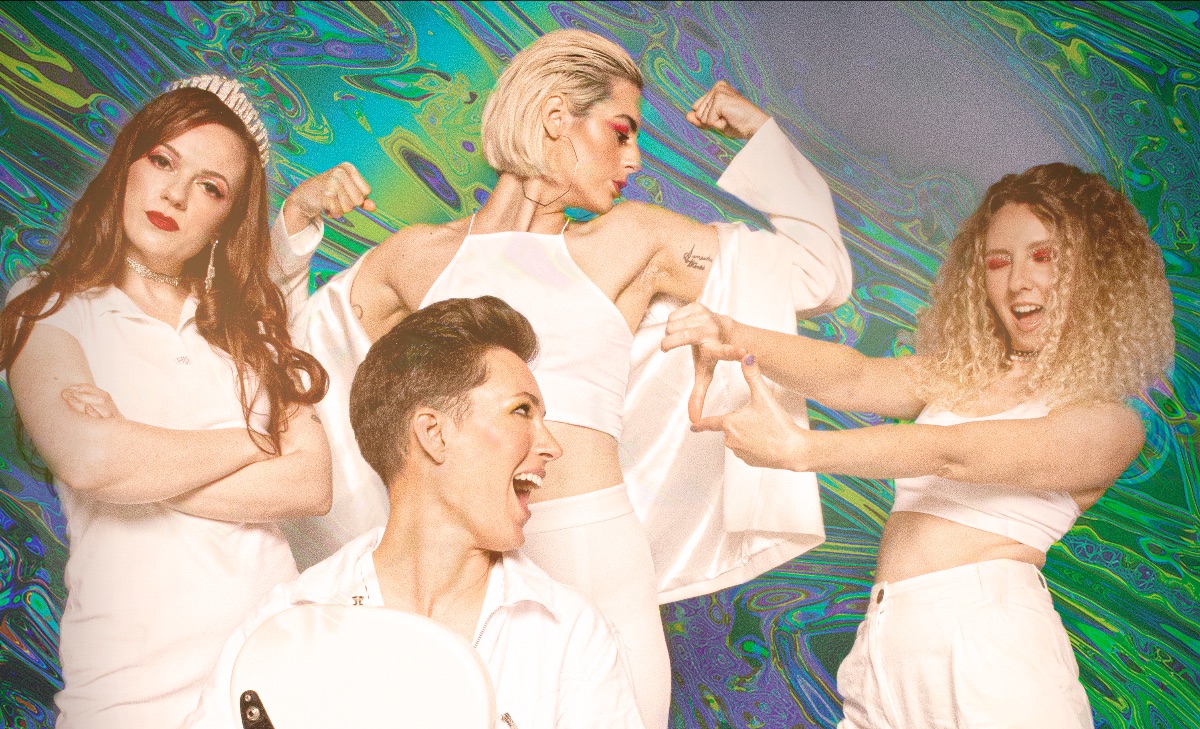 London-based Dream Nails rage against the comical bizarreness of office work in their new single ‘Corporate Realness’, which is their first release on UK indie Alcopop! Records. Fittingly, the band has excited Rage Against The Machine’s Tom Morello, who will be releasing the song in the USA through his label Firebrand Records. The song pokes fun at corporate life, whilst offering solidarity to everyone suffering existential angst at work, and was launched in real life earlier this week to the fortunate few who nabbed tickets to Dream Nails’ sold out show at The Old Blue Last. Today, ‘Corporate Realness’ is out via streaming services across the globe.

The lyrics first began to form in an eye-rolling email exchange between Janey (vocals) & Anya (guitar and vocals) while they were plugging away at their day-jobs. Says Janey “This is a song about soul-crushing office work and the bizarrely self-important terms of phrase that only exist at desk jobs. So many of us are living a bleak late-capitalist performance day-in, day-out and this is a song to name it and rage about it! Three people have told us that seeing us play this song live gave them the guts to quit their jobs.”

Lucy (drums) adds “Our culture fetishizes overwork, we’re encouraged to pride our participation in unpaid overtime and side hustles (sponsored by Pret sandwiches and bad coffee) as proof of our value to society; no wonder we’re all so burnt out and anxious! Corporate Realness is a punk antidote to this and a reminder that your identity is not the same as your productive labour.”

Jack from Alcopop! enthuses: “I’ve been a fan of Dream Nails ever since the moment I heard ‘Vagina Police’, and we’re very proud to be working on this record with them. Oh, and Tom Morello! The band are fizzing with energy, with a lot of important things to say. This first single is just a taster of what’s to come and it’s absolutely superb – as well as being extremely relatable…”

For fans of Bikini Kill, The Julie Ruin, Dream Wife, The Regrettes and The Ramones, Dream Nails are a punk force to be reckoned with. Founded by feminist activists in 2015, this hotly tipped band of witches mix political rage with contagious pop punk joy, winning hearts (and funds for abortion charities) wherever they go.

The female fourpiece have built a reputation across the UK, Europe and Scandinavia for their riotous live shows. Dream Nails have toured with Cherry Glazerr, Bleached and Petrol Girls, and this year headlined Glastonbury’s Sisterhood stage.