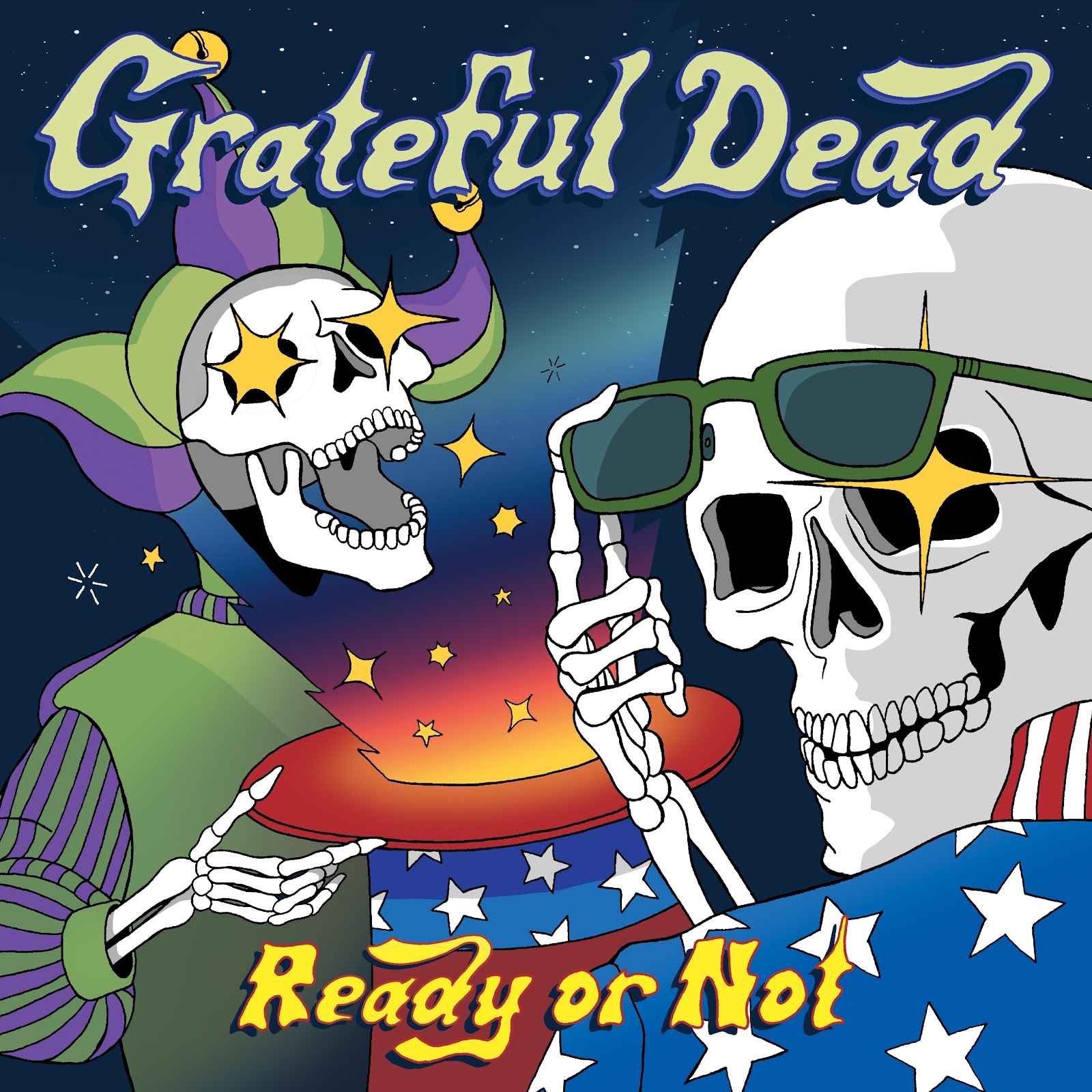 GRATEFUL DEAD: READY OR NOT – A New Live Collection

The Grateful Dead may have released the band’s final studio album – Built to Last – on Halloween 1989, but that didn’t stop them from writing new songs for the following years, adding several new tracks to their live repertoire in the early ‘90s. Sadly, the group was unable to ever complete them in a studio before the death of singer/guitarist Jerry Garcia in 1995.

The world will never know what that album would have sounded like, but we do have a tantalizing idea thanks to a new collection curated by the band’s archivist David Lemieux. READY OR NOT features nine unreleased live versions of late-period Grateful Dead songs that debuted in 1992 and 1993. The collection’s tracklist reflects what might have been the band’s next official studio album following Built to Last.

READY OR NOT will be released on November 22 on CD, digital download, streaming, and as a 180-gram 2-LP set, limited to 10,000 copies. Dead.net will offer an exclusive coloured vinyl version of the 2-LP set with one red LP and one blue LP, limited to 2,000 copies. “Lazy River Road” live from Chapel Hill, North Carolina on March 25, 1993, is available now digitally.

“Ready Or Not has been a long time coming. It’s an album we’ve been working on for many, many years. This batch of ‘new’ Grateful Dead songs has never been compiled in one place and given its proper due as a huge part of the Dead’s late-era legacy,” says Lemieux. “Many of these songs can easily stand alongside some of the Dead’s oldest, most-loved songs as bona fide classics despite their short tenure in the repertoire. We’ve dug deep into the archive and listened to countless live versions of these songs to find the best, most definitive live performances. When the Grateful Dead were ‘on’ in their later years, their live concerts were as good as any era in their history. The nine songs on Ready Or Not exemplify how good the Dead could be in their later years of touring.”

Four of the album’s nine tracks originally debuted during a two-day period in February 1993, including “Lazy River Road,” “Liberty,” and “Eternity,” a song that Weir wrote with Rob Wasserman and blues legend Willie Dixon. Another was “Days Between.” This grand and achingly nostalgic Robert Hunter and Garcia composition closes the album with a version that was recorded in December 1994 at the Oakland-Alameda County Coliseum.

Hunter – who worked mainly with Garcia – began writing with Weir again during this period. Two of their collaborations are featured on READY OR NOT: “Corinna” and “Easy Answers.” The album also includes “Samba In the Rain,” a song by Welnick that features Hunter’s lyrics. The album’s two remaining songs – “Way To Go Home” and “So Many Roads” – made their live debut in February 1992, just a few months before the live versions included on READY OR NOT.

READY OR NOT
2-LP Track Listing

Side A
“Liberty”
“Eternity”

Side D
“Easy Answers”
“Days Between”