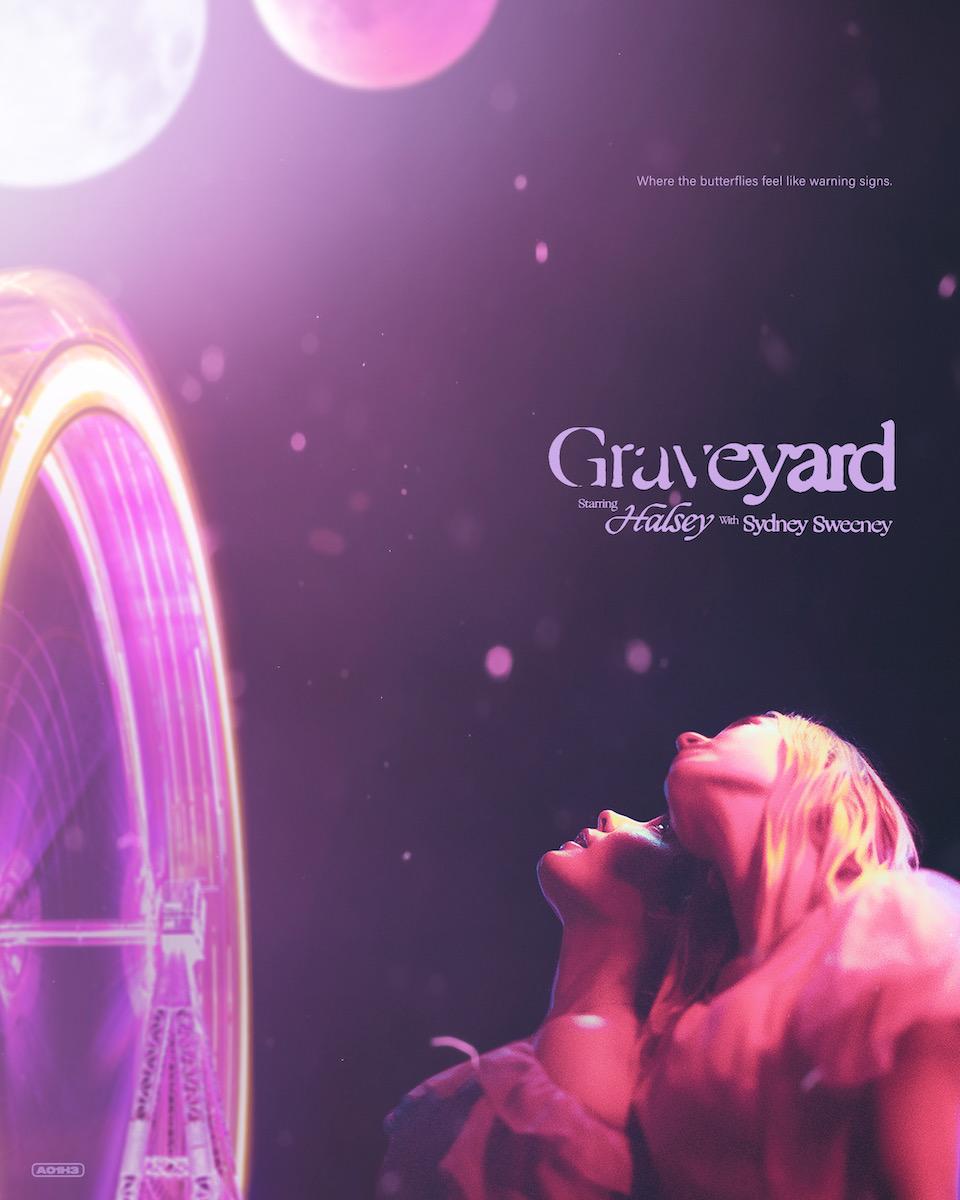 ‘Graveyard’ is from Halsey’s new album, Manic, which will be released on January 17, 2020 via Capitol Records/Virgin EMI. The single – her 15th career Hot 100-charting hit – has amassed more than 65 million combined global streams. Pre-Order Manic HERE

Last Sunday – which marked Halsey’s 25th birthday – she shared ‘clementine‘, another track from Manic, and the accompanying video. Co-directed by Dani Vitale, who also choreographed, and Anton Tammi, the clip features Halsey and her brother, Sevian Frangipane.

Fans who pre-order Manic in digital format will instantly receive ‘Graveyard’, ‘clementine’ and her 5x Platinum hit ‘Without Me’. Exclusive album/merchandise bundles are now available at Halsey’s online store.

Tickets are on sale HERE for the first leg of the (Manic) World Tour, which kicks off on February 6, 2020 at Madrid’s WiZink Center. The headline run includes a March 8th show at The O2 in London.

Since 2015, Halsey has amassed over 23 billion streams worldwide and sold more than nine million adjusted albums globally. She has played sold out dates on five continents (including New York City’s Madison Square Garden), been nominated for a GRAMMY and appeared on a wide variety of magazine covers, including Rolling Stone, Cosmopolitan, NYLON, Forbes, Playboy and Billboard. Her 2015 debut album, BADLANDS, was certified Platinum by the RIAA within one year of its release. Halsey claimed the No. 1 spot on the Billboard 200 with 2017’s Platinum-certified hopeless fountain kingdom, which contained such hits as the 2x Platinum ‘Now or Never’ and the 4x Platinum ‘Bad at Love’.

The success of ‘Without Me’ has made Halsey the first and only female artist to have at least three songs chart on the Billboard Hot 100 for 50 weeks each. Rounding out the trio of songs are the 2x Platinum “Eastside,” her collaboration with Benny Blanco and Khalid, and The Chainsmokers’ 10x Platinum ‘Closer’, which she featured on. ‘Without Me’ spent two weeks at No. 1 on the Hot 100 in early 2019, marking her first solo single to reach the top spot. It now ranks as the longest-running Billboard Hot 100 top 10 hit by a female artist of this century. She is the first artist to rank at Nos. 1 and 2 simultaneously on Billboard’s Hot 100 Pop Songs radio airplay chart. In March 2019, Halsey became the first artist in history to replace herself at No. 1 twice on the U.S. Pop Songs Airplay chart when ‘Without Me’ returned to No. 1, bumping ‘Eastside’ from the top spot. ‘Without Me‘ is the most-played song of 2019 at U.S. radio. She featured on BTS’ Platinum hit, “Boy With Luv,” and, more recently, alongside Future on ‘Die for Me’, a track from Post Malone’s new album.

Halsey continues to push creative boundaries, expanding her influence and impact beyond music. After making her film debut in the animated 2018 summer movie Teen Titans GO! as the voice of Wonder Woman, she was seen in A Star is Born, starring Bradley Cooper and Lady Gaga. She continues to use her voice to speak up for causes she passionately believes in, including disenfranchised youth, women’s rights, mental health and the LGBTQ community. GLAAD honoured her in 2018 as “Outstanding Music Artist.” She recently won the Hal David Starlight Award, presented by the Songwriters Hall of Fame, plus a VMA and two Teen Choice Awards.