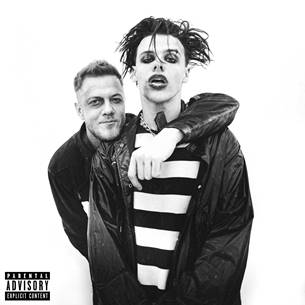 Yorkshire-born recording artist YUNGBLUD (Dominic Harrison) releases a brand new single, “original me” featuring Dan Reynolds of Imagine Dragons today. The track, co-written by Harrison and Reynolds, is available HERE via Polydor Records. The official video is available Thursday. YUNGBLUD and Dan Reynolds will make their TV debut of “original me” on The Late Show With Stephen Colbert on Monday 21st October.

“This song is about accepting the parts of yourself that you hate and realising your biggest superpower is to be originally, authentically yourself,” explained YUNGBLUD. “Working with Dan Reynolds was such a dream come true as he is a huge inspiration for me. The song literally came out of the studio within a day. The mutual raw energy between us made this song what it is.”

YUNGBLUD is currently on a North American tour. He heads to the UK this Autumn to play a string of sold-out dates which will include a huge show at London’s O2 Academy Brixton.

Born in Yorkshire, multi-instrumentalist YUNGBLUD plays guitar, bass, piano and drums. He released his debut album, 21st Century Liability, on Polydor Records in 2018. He kicked off 2019 with “Loner,” which NME praised as “one of his biggest anthems ever.” YUNGBLUD & Halsey feat. Travis Barker – 11 Minutes followed and has amassed over 226 million streams. Cumulative global streams of his songs now exceed 592 million.