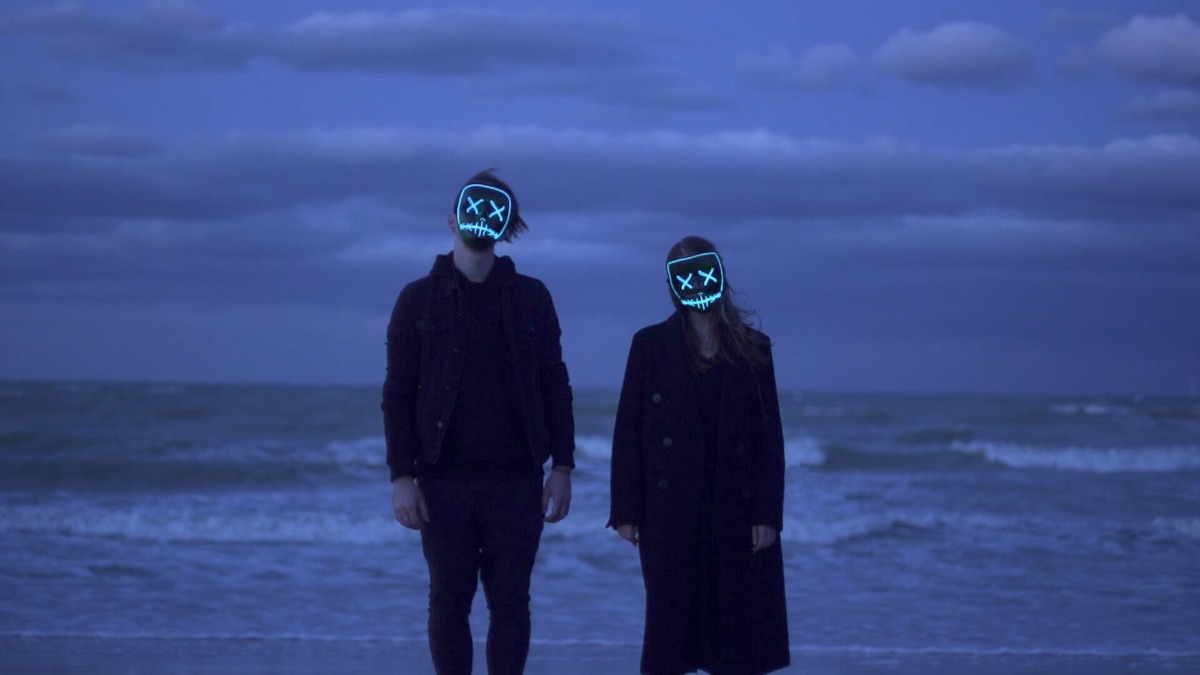 Anavae’s new single ‘Human’ came from a kernel of an idea guitarist and musical mastermind Jamie Finch had whilst his partner-in-music Rebecca Need-Menear was recording with Bring Me The Horizon as part of Choir Noir. “I fell in love with the idea of having a choir full of these beautiful voices singing something really dark and messed up,” explains Jamie. “The concept of wearing somebody else’s skin because you want to be more like them/”normal” was exactly what I was after and that’s what Becca came up with.” Becca explains where she was coming from with the twisted nature of the lyrics: “A series of songs on this album were written in a phase where I felt like I had lost my mind, and this was the concluder. Being in love can turn you into less of a human. Or maybe the insanity of being in love is too typically human.”

‘Human’ is another taster of the London duo’s debut album ’45’, which will be released via A Wolf At Your Door Records on 01 November. It’s a truly genreless collection of innovative yet supremely catchy tracks that meld searing riffs and electronic nuance with arena-sized hooks. Anavae will herald the arrival of ’45’ with a special one-off live show at St Pancras Old Church in London on All Hallows Eve – 31 October. The date is befitting of the darker undercurrents that run through parts of the record and the intimate set they’re plotting will feature live strings & a choir. Following this special headline show, the band will head out on a short run of dates as main support to Deaf Havana in November.

Recorded over a prolonged period of short sessions with producer Peter Miles, the making of ’45’ was a journey, to say the least. Jamie and Becca came into the process with rather different ideas and approaches, clashing on occasion but ultimately creating an other-worldly collection of tracks that’s both introspective and relatable.