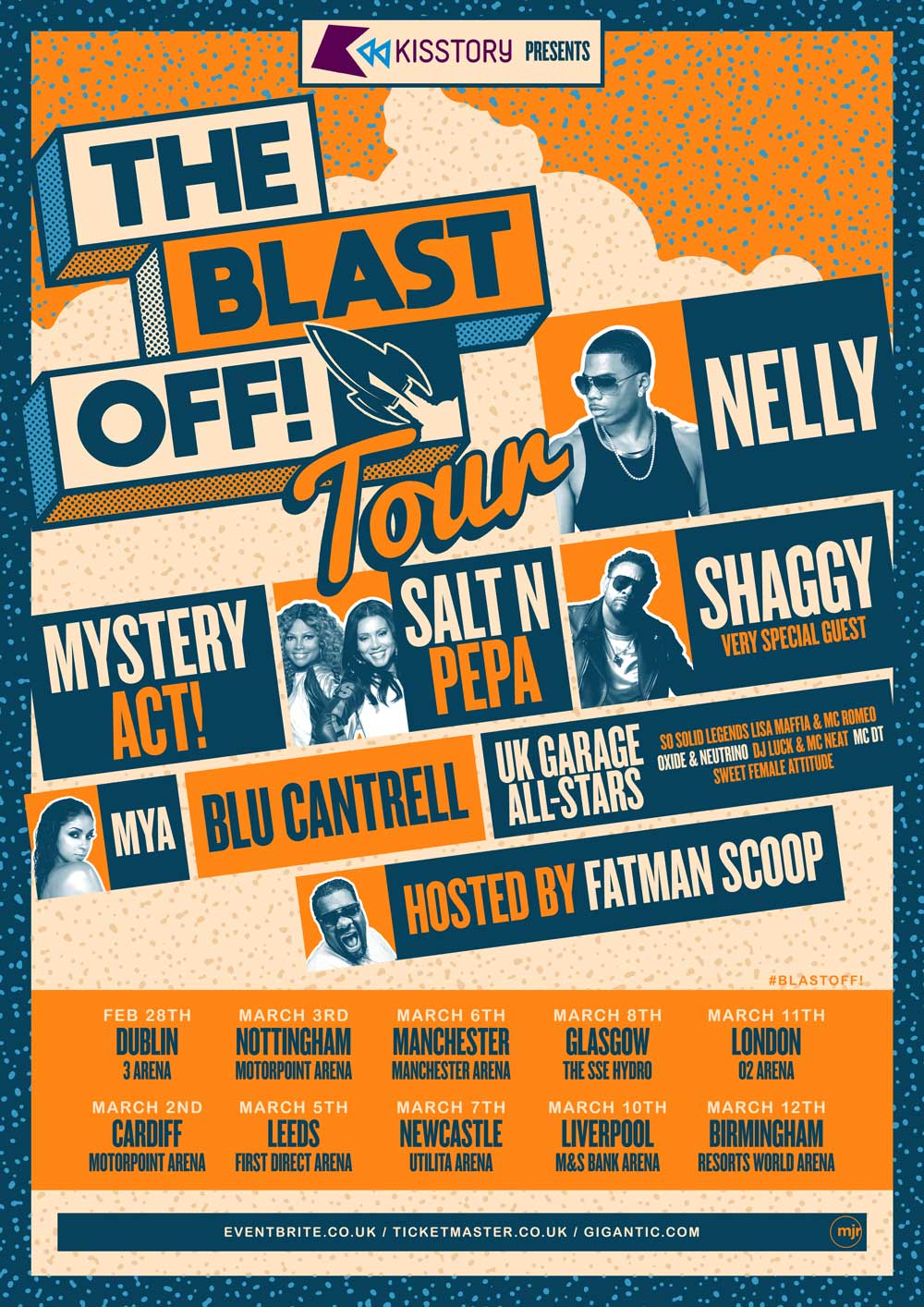 Next year a very special, one-of-a-kind tour is coming to arenas across Ireland and the UK in February and March. With a huge all-star line-up, The Blast Off Tour! features live performances from top US artists Nelly, Salt N Pepa, Shaggy, Mya and Blu Cantrell.

This is the first time a tour of this format has been done in the UK and will be coming to Cardiff, Nottingham, Leeds, Manchester, Newcastle, Glasgow, Liverpool, London and Birmingham throughout March while kicking off in Dublin on February 28th.

Speaking to some of the iconic artists performing about the tour they say;

Salt N Pepa
“It’s been over 30 years since we first got together, and we’re still out here. We can’t put into words how much we’re looking forward to coming over to the UK to perform on this tour. The bill is incredible, and we’re so excited to get up on stage and play some songs for y’all.”

Shaggy
“I’m really looking forward to this tour and performing again in the UK. It’s a fun bill and I’m excited to share the stage with these great artists.”

Blu Cantrell
“When I was asked about this tour, saying no just wasn’t an option. Performing alongside some of my oldest friends and singing some of my favourite songs is going to be so much fun! I have so much love for the UK, and I can’t wait to come back and perform for you all.”

Lisa Maffia
“There’s nowhere I love playing more than my UK home, and what better way to play it than with a ton of the biggest and best in Garage? We all can’t wait for this thing to get started, it’s gonna be insane. You don’t want to miss this!”