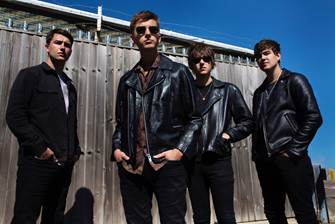 The Sherlocks have today announced that they’ve had to postpone their UK tour due to health issues that need further attention during this period. The full list of rescheduled dates are below. All tickets remain valid for the new dates or alternatively, refunds are available at the point of purchase.

The Sherlocks released their second album ‘Under Your Sky’, October 4th on Infectious Music which charted #20 in the official UK charts last Friday along with their single NYC (Sing It Loud) which also charted on Friday at #1 in the official Vinyl Charts. They headlined Neighbourhood festival in Manchester this weekend alongside Miles Kane.