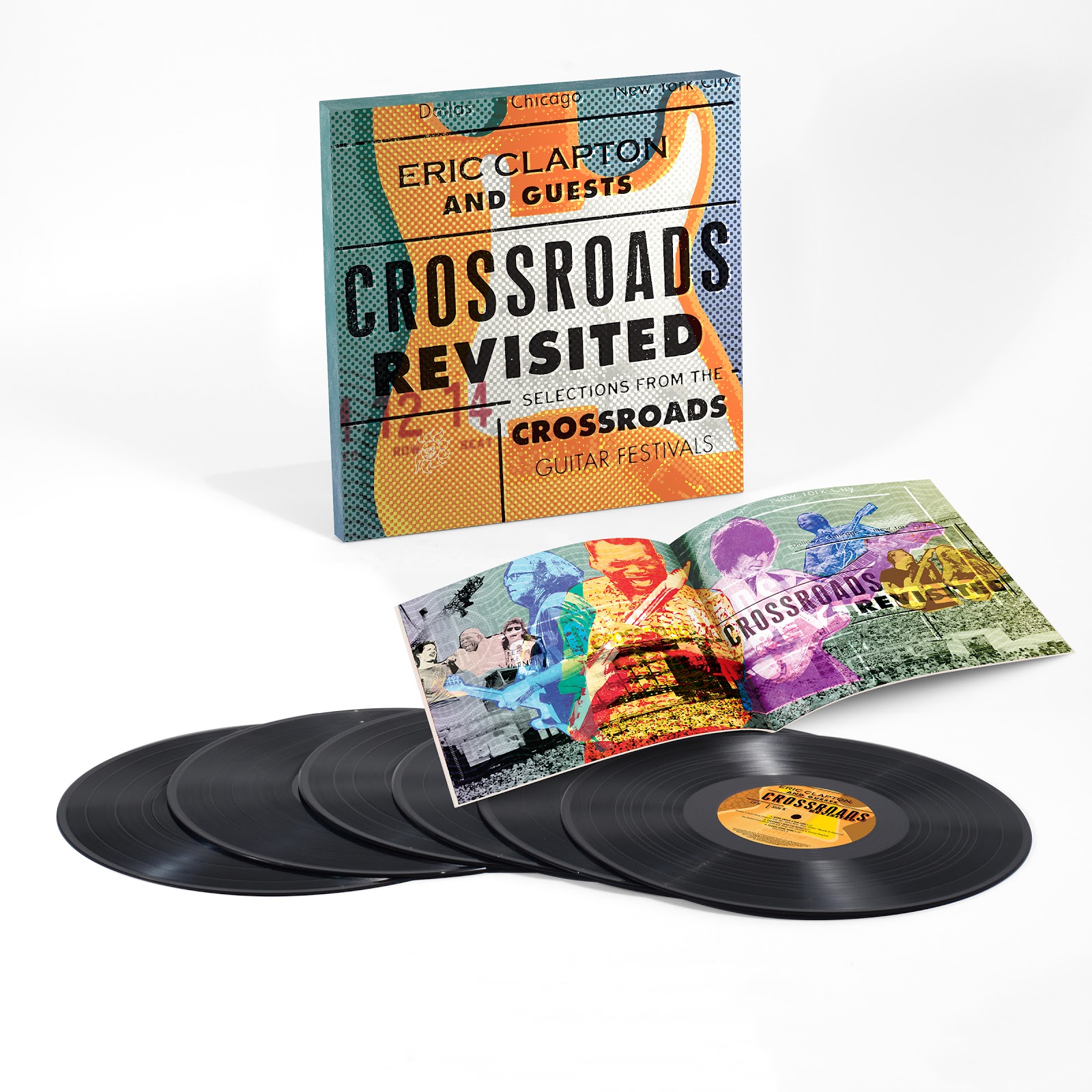 Founded in 2004 by legendary guitarist Eric Clapton, the Crossroads Guitar Festival has given fans an opportunity to witness truly historic performances by some of the world’s greatest guitarists. And while fans have been able to relive those magical moments thanks to a series of successful DVD, Blu-ray, CD compilations, this is the first time the compilation will be available on vinyl.

CROSSROADS REVISITED: SELECTIONS FROM THE CROSSROADS GUITAR FESTIVAL will be available December 6 as a 6-LP set. Boasting 40 live tracks, the collection includes a selection of landmark performances from all four Crossroads Guitar Festivals, which were held in 2004, 2007, 2010 and 2013. A veritable “Who’s Who” of guitar music can be heard on this set, including Clapton, Jeff Beck, Gary Clark Jr., Robert Cray, Billy F Gibbons, Vince Gill, Buddy Guy, B.B. King, John Mayer, Carlos Santana, Joe Walsh, Ronnie Wood, and Jimmie Vaughan, just to name a few.

Amazing performances by Clapton are featured throughout the set, including his cover of George Harrison’s “Isn’t It A Pity” and a smoking electric version of “Layla” that was included as a hidden track on the Crossroads Guitar Festival 2004 DVD. But it’s Slowhand’s on-stage collaborations that really shine here, like playing “After Midnight” with J.J. Cale, who wrote the hit song, and breaking out Blind Faith’s “Presence Of The Lord” with Steve Winwood, who was in the band with Clapton.

Naturally, the all-star jams deliver some of the collection’s most unforgettable moments. Among the highlights are: “Paying The Cost To Be The Boss” with B.B. King, Robert Cray, Jimmie Vaughan and Hubert Sumlin; “Five Long Years” with Buddy Guy, Ronnie Wood and Jonny Lang; and “Steamroller” with James Taylor and Joe Walsh.

Held every three years since 2004, the Crossroads Guitar Festival raises funds for the Crossroads Centre in Antigua (www.crossroadsantigua.org), a treatment and education facility that Clapton founded in 1998 to help people suffering from chemical dependency.