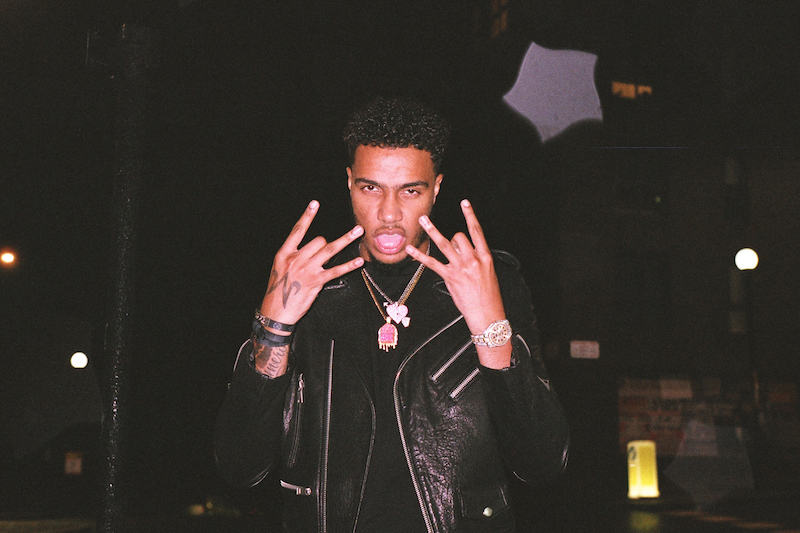 AJ Tracey will join the line up for Pitchfork Music Festival Paris on October 31st. A raw and thrilling performance, AJ​ ​Tracey proves himself as a fierce MC, spitting with razor sharp speed and precision, cementing his status as one of the UK’s most exciting artists, a talent who can take the essence​ ​and excitement of grime, evolving and amplifying it to bigger audiences while continually​ ​representing his community.

The after parties will run from 12am to 6am in partnership with Red Bull Music and will see Afrodeutsche, HAAi, Nite Fleit & 박혜진 park hye jin perform on Friday November 1st and Mall Grab, Skin on Skin & EMMADJ on Saturday November 2nd.

This year’s Pitchfork Festival Paris will feature a more diverse line up than ever before, introducing two new stages focussing on up and coming talent. Today’s newly announced artists and day splits show the festival delving into a different area of exciting and innovative contemporary talent each day, delivering an eclectic and diverse selection of established and emerging names.

The three-day festival will feature around 50 different artists and there will be two new stages – bringing the total now to four. La Petite Halle and the Boris Vian auditorium, located next to and inside the Grande Halle respectively, will each play host to a new stage, welcoming the future stars of tomorrow. The festival continues to set musical trends boasting its trailblazing status by inviting indie music’s new guard to take over the new concert spaces.

Between concerts go to the ball pool, fairground rides or roller disco. The festival will also host an independent pop-up record store with a selection of sounds spanning today and yesteryear, carefully curated by Les Balades Sonores. The Klin d’Oeil creators market will once again be back but with a new look to boot, showcasing creative talent and artisans showing off their musically-inspired wares. Outside under the Grande Halle’s awning, our favourite Parisian restaurants will be out in fine force, as a whole host of food trucks will be passionately serving up foodie treats that are just as tasty as the music on offer. For your auditory and gustative pleasure, the Cave à Vins wine bar will be serving up the most perfect music and wine pairing.

For those who like to party hard late into the night, the fun continues over at the Trabendo, which will host two after-parties of unique electro live shows and frenzied DJ sets, in partnership with Red Bull Music.