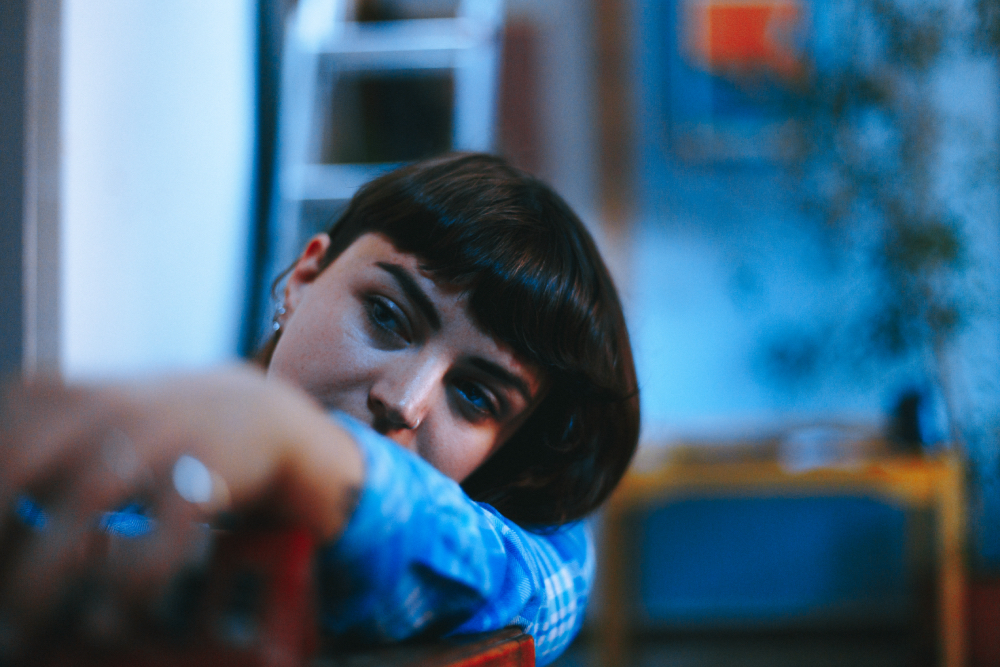 From her forthcoming EP ‘Gigantic Disappointment’, comes another taster of Lande Hekt’s first solo music in new song ‘Aeroplane’. “This song is about the first time I flew anywhere by myself,” says Lande. “I flew to Australia to hang out with the person I was seeing. I’ve battled with anxiety for a long time and I keep trying to conquer my phobias, so this was a big moment for me. The song is also about trying to make a relationship work when you’re 10,000 miles away.”

‘Gigantic Disappointment’ is a collection of seven songs which is set for release 15 November. Including the already-released ‘Carpet’, which is about standing up for yourself, and climate change musing ‘The Future’, they were recorded with Ben David of The Hard Aches at his studio on top of a hill in Cudlee Creek, in the Adelaide Hills in Australia. “It was the first time I’ve ever played all the instruments on a recording before,” says Lande. “We recorded a guide guitar track and then I recorded the drums along to that, then bass, then guitar, then vocals, then extras. It was 37 degrees C every day and the studio is self-sustainable so it was nice to be drinking rainwater, but it was warm rainwater. Every day two kangaroos would come to the house and stare at us.”

As vocalist and guitarist in Exeter indie punk band Muncie Girls, Lande is no stranger to playing shows across the UK and further afield but now she’s striking out solo and will accompany the release of ‘Gigantic Disappointment’ with a clutch of her own live dates with various musical friends.