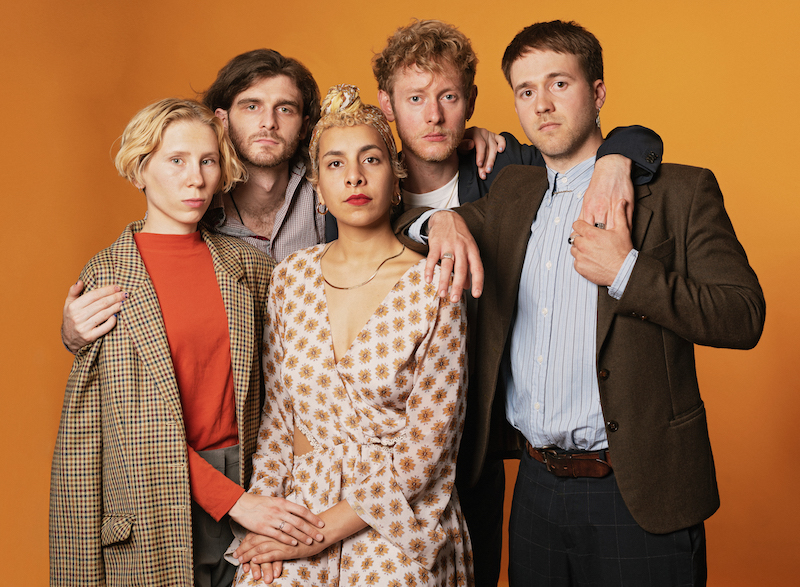 PEOPLE CLUB share new single “Who I Call My Baby”

With their new EP ‘Kil Scott’ set for release Nov 15th, Berlin-based five-piece People Club are sharing another slice of their indie soul sounds with new single “Who I Call My Baby“. The band will play a London show on 28th November at The Islington.

“Who I Call My Baby” is the latest mellifluous offering from People Club, seamlessly blending vintage soul sounds with a swinging funk finish. Delivered with volition and confidence, vocalist Sarah Martin discusses freedom in sexuality, love, and the fundamental wrongs in religions’ dogmatic stance on our personal liberties.

People Club is made up of Sarah Martin (lead vocals), Ray Sonder (bass, backing vocals), Saxon Gable (guitar, backing vocals), Pete Costello (keyboards, backing vocals) & Drew Deal (drums). The band formed in 2018 after they all moved to Berlin at roughly the same time in late 2017 from their respective countries (Australia, USA, UK, New Zealand). None of them knew each other previously apart from Saxon and Ray, but after putting the feelers out on social media that they were looking for collaborators, the five met via their online adverts, instantly felt a vibe and formed People Club.

Singing about issues like sexism, racism, homophobia, the band’s distinctive aesthetic blends lyrical social commentary with a classic soul ensemble with a generous helping of lavish effects and synthesisers.

Their new EP Kil Scott is based on the destruction of a fictional character called Scott and his unsavoury ways. He functions as a caricature of male toxicity if you will – an amalgamation of their stereotypical masculine traits which shouldn’t have a place in contemporary society.

With this record, the band wanted to capture the raw feel of the songs – true to the sound of them playing them at their shows or rehearsals so they recorded the EP live – all in the same room, playing at the same time. Regulars on the Berlin indie circuit for the last six months, as well as performing dates in Dublin and London, they are fast becoming crowd favourites known for their high-energy shows and will be touring again later this year.