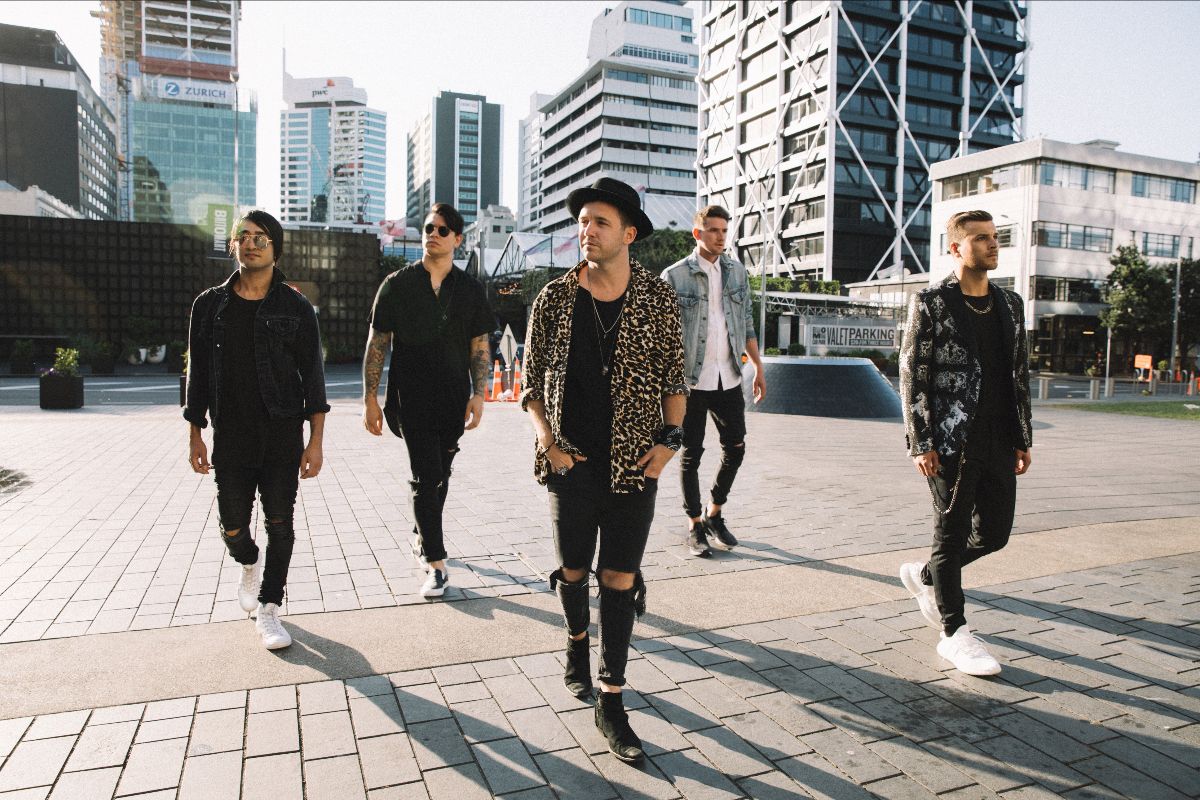 WRITTEN BY WOLVES Release New Track ‘As Long As It Takes’

‘As Long As It Takes’ is a love song. Vocalist Michael Murphy says of the new track, ‘It is about meeting someone that you have an intense attraction and connection to and realising that you will do anything and wait as long as it takes to be with that person. The lyrics are intended to represent the feelings, emotions, euphoria that come with a new relationship. Musically, this track breaks new ground for the band and is stylistically something we had talked about doing for a long time but felt we hadn’t had the right opportunity until now.”

The video for the track was shot and edited by Written By Wolves guitarist, Bahador Borhani and features up and coming New Zealand dance sensation, Natasha Katavick.

The band’s upcoming 13-track debut album ‘Secrets’ is full of thoughts and feelings that people don’t usually feel comfortable talking about. The album was recorded at Big Pop Studios in Auckland, New Zealand, produced by Written By Wolves, co-produced and mixed by Thomas Oliver, co-produced and engineered by Rich Bryan, and mastered by Mike Gibson at Munki Studios.