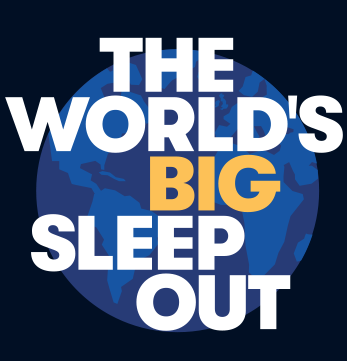 On Saturday 7th December, the world will unite to help fight homelessness with what is thought to be the largest charitable fundraising campaign in a generation. With an aim of raising $50,000,000, The World’s Big Sleep Out, spearheaded by Pride of Britain 2019 award winner, Josh Littlejohn MBE, the events will take place in over 50 locations around the world. With just over five weeks until The World’s Big Sleep Out takes place, the first wave of acts have been revealed.

In London, Tom Walker is confirmed to perform a stripped back set. The BRIT Award winner and Leave the Light On singer will perform in one of London’s most iconic locations. Scottish rockers Travis, who have amassed seven UK Top 10 albums, will also make a special appearance in London’s Trafalgar Square.

The Script are sure to receive an impressive welcome when they perform at Trinity College in Dublin. The Irish band, who are due to release their new album Sunsets & Full Moons on November 8th, have reached No. 1 in the Irish charts with every album they’ve produced.

In Los Angeles, Randy Jackson will be taking to the stage in Elysian Park in LA. Best known for his time as the longest-serving judge on American Idol and executive producer for MTV’s America’s Best Dance Crew, he will be forming an all-star band for the special occasion, with full details revealed on the night.

Actor, comedian, producer, writer and director, Seth Green will be telling a bedtime story in Los Angeles. Famed for his roles in Guardians of the Galaxy, Austin Powers and My Stepmother is an Alien, Seth is one of Hollywood’s biggest stars.

At Exhibition Park in Newcastle, The Hairy Bikers will be on hand to read a bedtime story to participants who are sleeping out. With their irresistible enthusiasm, Si King and Dave Myers, aka The Hairy Bikers, have become national treasures.

People are urged to register for an official event or sign up to “Host Your Own” sleep out in a backyard, office car park, high school, university campus or elsewhere by visiting www.bigsleepout.com.

Registration is now open with each participant committing to fundraising as much as they can. 100% of funds raised will go towards homelessness charities, with a 50/50 split between local and global charities helping homeless and displaced people.

It is hoped that an estimated 50,000 participants will collectively achieve a fundraising target of $50million (£40million) which will be invested to sustainably help around 1,000,000 homeless and displaced people all over the world. As well as benefiting local charities, international partners for the campaign include UNICEF USA, Malala Fund and the Institute of Global Homelessness.

Celebrities and musicians confirmed to perform on Saturday 7th December: