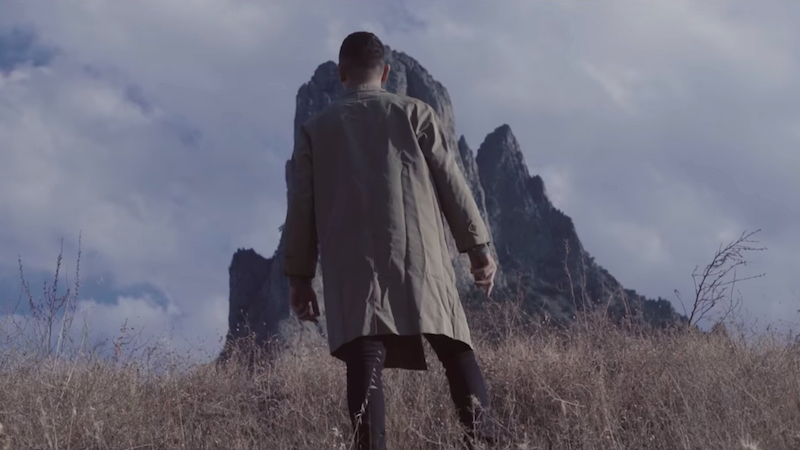 Jakuzi and LA-based post-punk artist Luis Vasquez aka The Soft Moon have crossed paths several times. Having hung out together in Jakuzi’s hometown of Istanbul and also at Leipzig’s infamous Wave & Gotic Festival, the inevitable result was to work together. Vasquez has created a remix that adds grit to an already dark Jakuzi anthem,“Ne Teselli Ne Avuntu“. The track is taken from Jakuzi’s latest album ‘Hata Payi’, which was released in April 2019 via City Slang.

The band also released a video to the original song last weekend. Director Eli Kasavi followed singer Kutay Soyocak through a feverish dream at a funfair and a deserted valley.

Istanbul synth-wave vanguards Jakuzi turned heads in 2017 with the release of their debut album ‘Fantezi Müzik’ which showcased their modern Turkish underground music to the world. This record saw the band go against what you would stereotypically expect from a male-fronted band out of Istanbul – Turkish music is not necessarily known for being a genre where men are introspective – but Jakuzi’s gothic sensibility addressed the personal psychological issues they were facing.

Arriving two years after their debut, ‘Hata Payı’ (literally translated as ”a part of the mistake”) delves deeper and explores further all the feelings that were touched upon in their debut – what it’s like to be a young adult growing up in Istanbul, having success and then having to live up to expectations, being an artist in a country that doesn’t necessarily support your work, managing personal relationships and also addressing mental health. ”Hata Payı’ ‘brings a more refined, darker sound to the surface, exploring the human condition.

As a result, Jakuzi are here to offer a home to anyone who has ever felt out of place. Instead of sinking into his personal abyss, Kutay Soyocak croons and purs his heart out on ‘Hata Payı’, which blends elements of dark wave, krautrock, post punk and British early 80s synth sounds in the hope that by confronting and observing his inner demons, he’s able to help himself and also the listeners.