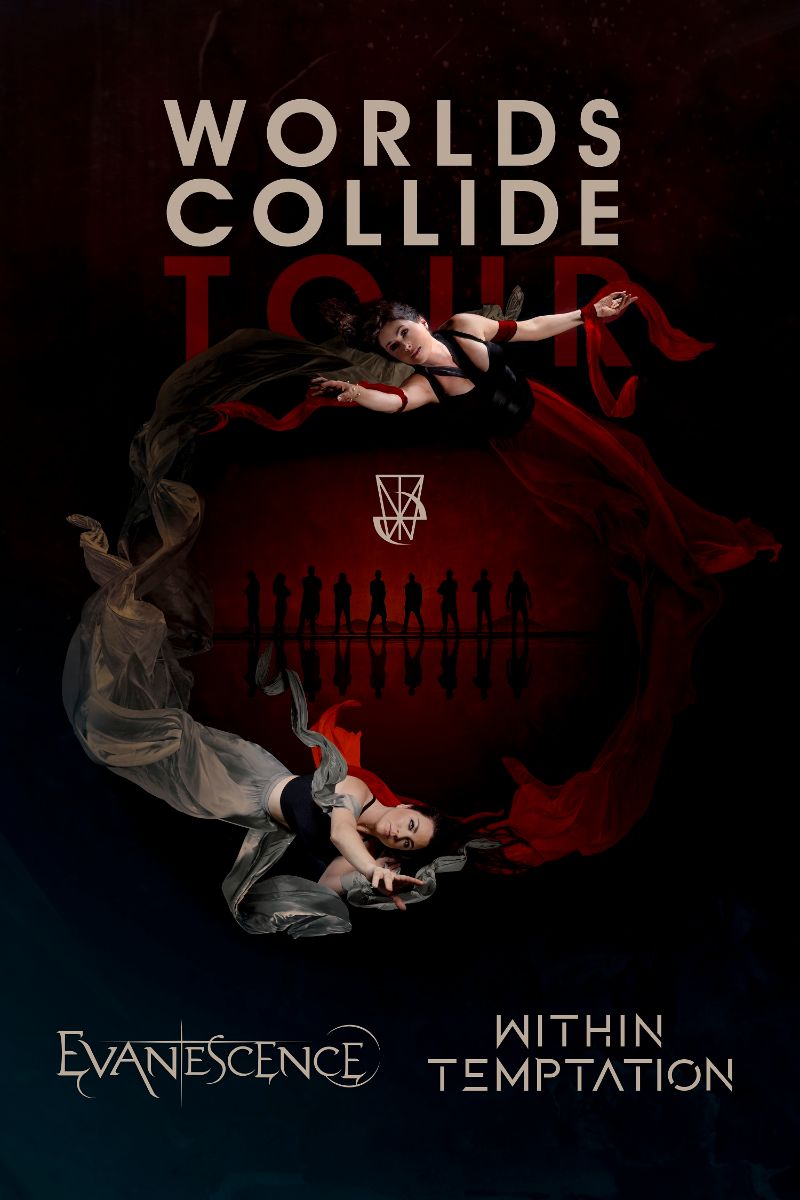 Due to phenomenal demand  WITHIN TEMPTATION and EVANESCENCE  have added three more dates to the UK leg of their WORLDS COLLIDE tour as well as three more in Europe. Tickets are available HERE.

Fronted by two of the most influential and creative women in the rock world in the form of Amy Lee from Evanescence and Sharon den Adel from Within Temptation, the extra UK dates take in Glasgow, Leeds, and  Birmingham.

Den Adel commented: “It is beyond our greatest expectations that a lot of our shows with Evanescence would sell out so quickly! We are super grateful for this. Surprise! We’ve got a surprise for Belgium, Luxembourg and the UK: we are adding some extra shows end of April and beginning of May. Check out the extra dates!

Lee said, “We are very excited to announce that due to the overwhelming response to our upcoming tour with Within Temptation, we are adding 5 more dates!”

A variety of VIP ticket packages are available to ensure fans obtain the best seats in the house. Other VIP benefits include the opportunity to meet the band and attend their soundcheck, plus receive exclusive merchandise items.   For full details go to www.evanescence.com and www.within-temptation.com