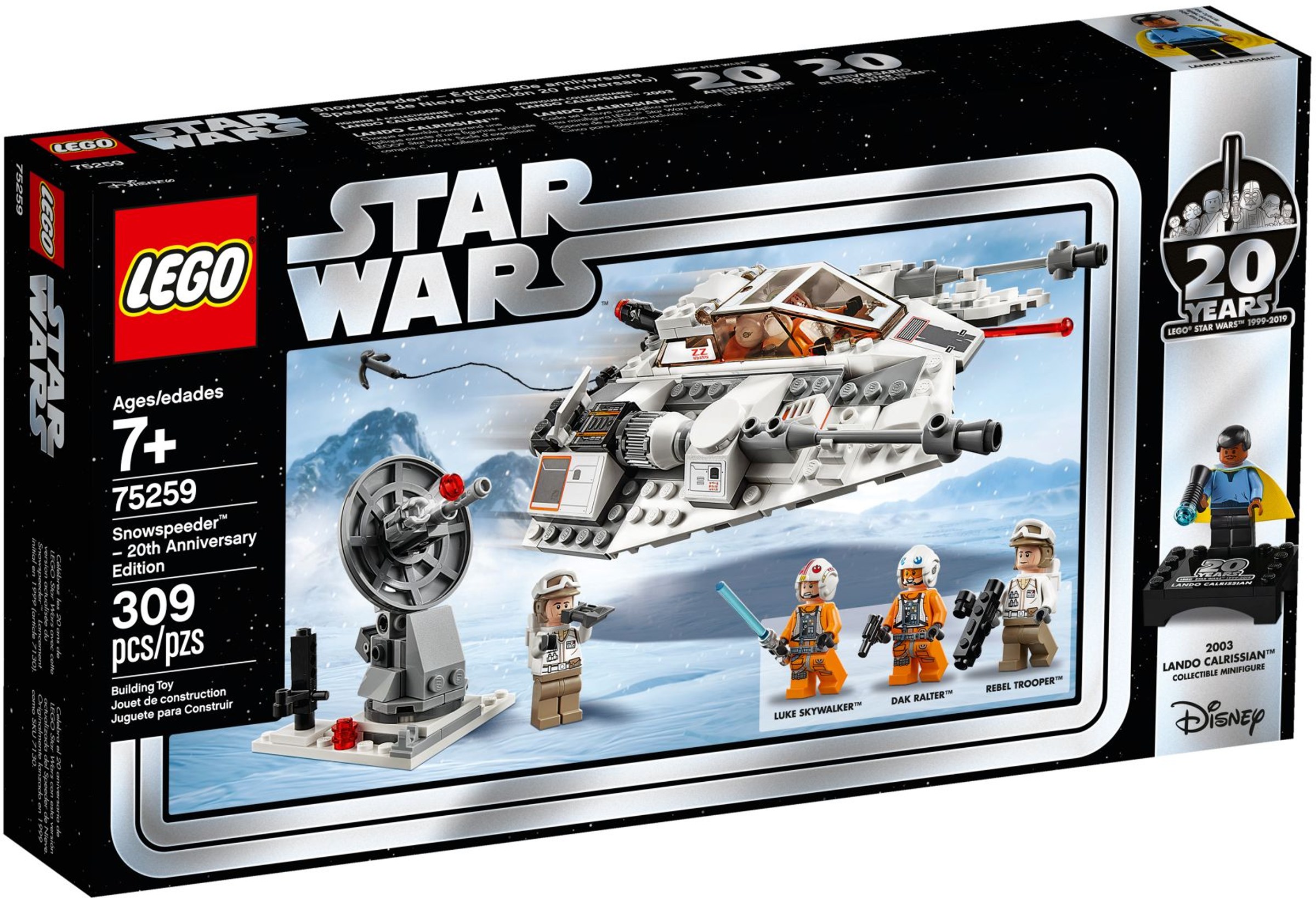 That’s right! It has been 20 years since LEGO first licensed Star Wars and the first sets appeared. They have release five different sets to commemorate this date. Each set also includes a special edition Mini-Figure with their own platform to stand on.

So the set and mini figs relate to the Empire Strikes Back (Still the best of the movies). The action is taken from the opening Hoth action set piece. Along with the model of the Snowspeeder you get Luke Skywalker in his pilot uniform. He is accompanied by his gunner.  For a small additional ground piece there is a Rebel; gun turret with a rebel fighter.

The special mini-figure addition is that of Lando Carlissian (who appears later in the film – For anyone that doesn’t know!).

There are four bags in total (the mini-figs are spreads throughout them). Bag one also focuses on the small Rebel gun turret to build which doesn’t take long at all. Bag two focuses on the body of the Snowspeeder, whilst the remaining bags are where you build the wings.

The small interior snugly fits the two rebel pilots, and there is some joy to be had on the exterior, especially the attention to detail on the wings.

This set also comes with “string attached,” that is string for the grapple hook fitted to the back of the vehicle. There are also projectile missiles and pellets that come with this set to give it extra playability. Watch what you aim for though, these things fire some distance, so watch those eyes when firing!

Yeah it’s cool.  If we could compare to a set designed 20 years ago (Or whenever the first Snowspeeder was released through LEGO) then there is bound to be some really obvious changes and a real sudden realisation of the leap they have made design-wise.

Stay tuned for as review in the not too distant future of the 20th Anniversary set for the Slave I, the biggest set in these editions.

See the visual guide for this set here.