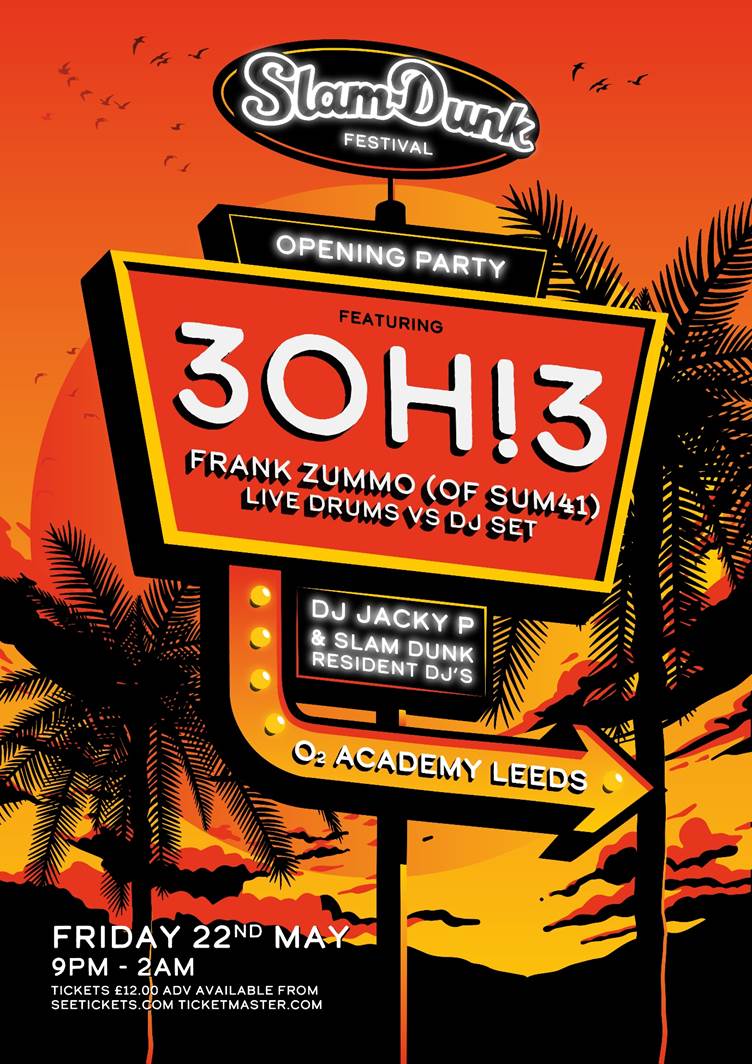 Looking into the summery future of the May Bank Holiday in 2020, Slam Dunk Festival have announced details on their official Opening Party set to take place at Leeds O2 Academy on Friday 22nd May – the night before the UK’s ultimate alternative rock stop gets underway.

Bringing crunk classics into the next decade, synthpop kings 3OH!3 are set to kick off the Slam Dunk Opening Party with an explosive live set packed with era-defining singalongs ‘DONTTRUSTME’, ‘Double Vision’ and ‘My First Kiss’ and ‘STARSTRUKK’, which featured iconic vocal additions from pop’s finest Ke$ha and Katy Perry. Releasing Night Sports in 2016, 3OH!3 have since popped up at Emo Nite LA shows making for an unforgettable party performance ahead of Slam Dunk Festival.

Slam Dunk Festival co-headliners Sum 41 are making sure the bank holiday weekend gets off to a sure start as legendary drummer Frank Zummo will also make an appearance at the Opening Party. Poised to deliver a ferocious drum set, Alternative Press’ Best Drummer ’17, Zummo will smash up Leeds O2 Academy like no other – expect no breakables left standing.

OPENING PARTY & FESTIVAL TICKET INFORMATION
Tickets to the Slam Dunk Festival Opening Party are £12 + booking fee. The event will take place at Leeds O2 Academy on Friday 22nd May from 10pm until 2am.

For more information or to purchase both opening party and festival tickets, please visit www.slamdunkfestival.com.