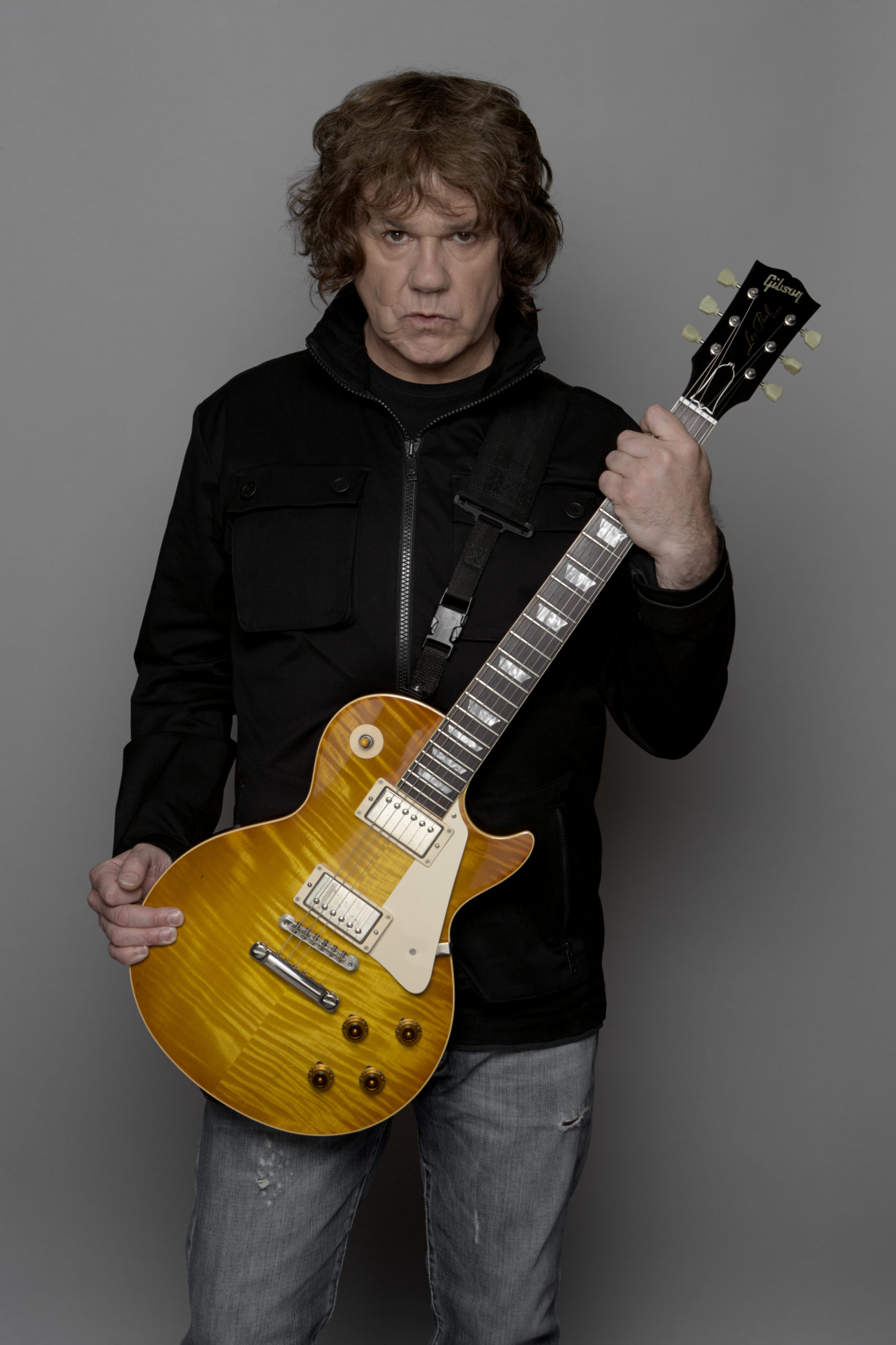 The career of Gary Moore was a jagged timeline, full of twists, turns and wild tangents. And yet, through it all, the Irishman never lost faith in the power of live music. On December 2nd, 2009 – just fourteen months before his tragic death aged 58 – the fabled guitarist played a special one-off club show at London’s Islington Academy. Live In London, the album that perfectly captures that incredible night, is out on January 31st via Provogue/Mascot Label Group.

As adolescence hit, Moore fell headlong into the blues flavours that dominate Live From London‘s tracklisting, mostly drawing on US giants like Paul Butterfield and Brit Blues godfather John Mayall’s seminal 1966 ‘Beano’ album with Eric Clapton and during that same formative period, at Belfast’s tough Club Rado, an early lesson in the emotional impact of live blues came from Peter Green.

Moore’s own first semi-professional steps had been with the Beat Boys and Dublin’s Skid Row, who offered an escape-route from Belfast, plus the camaraderie of the band’s chaotic frontman, Phil Lynott.  Lynott was soon fired, but he remembered his old wingman when his new band, Thin Lizzy, needed a stand-in. It was a gig in which Moore played the guitar hero role to the hilt. But despite the adulation, Moore feared Lizzy was nurturing his self-destructive streak, and left to explore the outer reaches in Jon Hiseman’s virtuoso jazz-fusion outfit, Colosseum II.

However, every time he picked up a guitar in the dressing room, he immediately went to the timeless licks of the Mississippi Delta, Moore suddenly saw the path. So began 1990’s Still Got The Blues, the multi-million-selling comeback album on which the Irishman’s rebirth as an authentic bluesman was given added credibility by collaborations with A-listers like Albert King, Albert Collins and Harrison himself. “

The material from Still Got The Blues became the cornerstone of Moore’s shows – and it never left the setlist. Fast-forward to December 2009, and as a sea of punters streamed into the Islington Academy for the show that would become Live From London. The pace was set by Albert King’s Oh Pretty Woman, and the home straight taking in the raucous Walking By Myself and the weeping melody of the title track. And of course, there was room for Parisienne Walkways, the guitarist’s UK#8 hit sounding younger than yesterday on this new release. “I can hardly get away without doing it,” noted the guitarist of that fan-favourite encore. “It’s quite a long version, because I like to draw things out. Us guitar players, if we can squeeze a bit more out of it, we’re gonna do it, aren’t we?”

Between the opener and encore, Moore gave us everything he had in Islington, revisiting some of the key crossroads of his career. From his 2008 swansong album, Bad For You Baby, there’s the energetic title track, plus Down The Line’s high-velocity country-blues and the emotive leads of Donny Hathaway’s I Love You More Than You’ll Ever Know. Reaching further back, there’s the heartfelt guitar hook of Otis Rush’s All Your Love and an emotive reading of John Mayall’s Have You Heard, both songs that Moore would have first heard on ‘Beano’ as a teenage guitarist.

All the more poignant, then, that just over a year later, Moore would be gone, his screaming-hot Les Paul falling forever silent. In the blues community, it left a chasm, and while the scene has welcomed a roll-call of master guitar players since, the Irishman’s absence still stings. Live From London is one last shard of genius, catching a generation-best performer firing on all cylinders, and reminding us one last time why he was put on this planet.