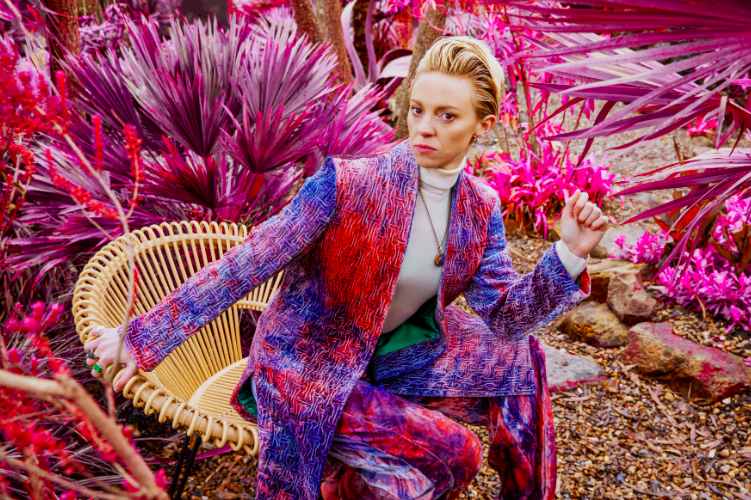 As the release of her new album ‘Supervision’ fast-approaches, La Roux has shared the final glimpse at what is to come in the form of brand new single ‘Automatic Driver’. The track drops alongside a striking official music video, and follows the album’s first single ‘International Woman Of Leisure’ and its beautiful closer, ‘Gullible Fool’.

A breakup song with a twist, ‘Automatic Driver’ describes that moment in a relationship where (as Elly sings) you quietly “realise it’s an ending”, and the catharsis that comes from finally being honest with each other. “Automatic Driver’ is about finding out who in a relationship is on autopilot,” she says. “In our case, it turns out it was both of us. I was surprised, even while I was first singing it, by what was coming out of my mouth.”

Disarmingly candid and typically infectious, ‘Automatic Driver’ is a fitting window into an album in which La Roux herself fully takes the driving seat. A Grammy-winning and BRIT and Mercury-Prize-nominated artist and producer, Elly Jackson shot to worldwide fame quicker than most with her debut self-titled album. Featuring generation-defining hits like ‘In For The Kill’ and ‘Bulletproof’, the record sold over 6 million singles worldwide and – in addition to collaborations with the likes of Skream, Kanye West, and Major Lazer – helped reshape pop as we now know it. La Roux’s second album, ‘Trouble In Paradise’, was a critically-adored reinvention in sound and look, topping the Dance/Electronic charts in the US and landing La Roux her second top 10 record in the UK. Having since featured on records ranging from Tyler, The Creator to New Order, Elly’s status as one of the UK’s genuine musical trailblazers was thrown into stark new light on returning single, ‘International Woman of Leisure’; on one hand a playful riposte to the debonair lifestyle of male privilege but also, crucially, an anthem about not taking any more shit.

And it’s all come together on ‘Supervision’, the third album that Elly always wanted to make — a claim that with some artists might ring alarm bells, but in this instance simply means that ‘Supervision’ sounds precisely, unmistakably, gloriously like La Roux.

‘Supervision’ will be released on La Roux’s label, Supercolour Records, and is available to pre-order now digitally, on CD, cassette, and LP https://laroux.ffm.to/supervision.