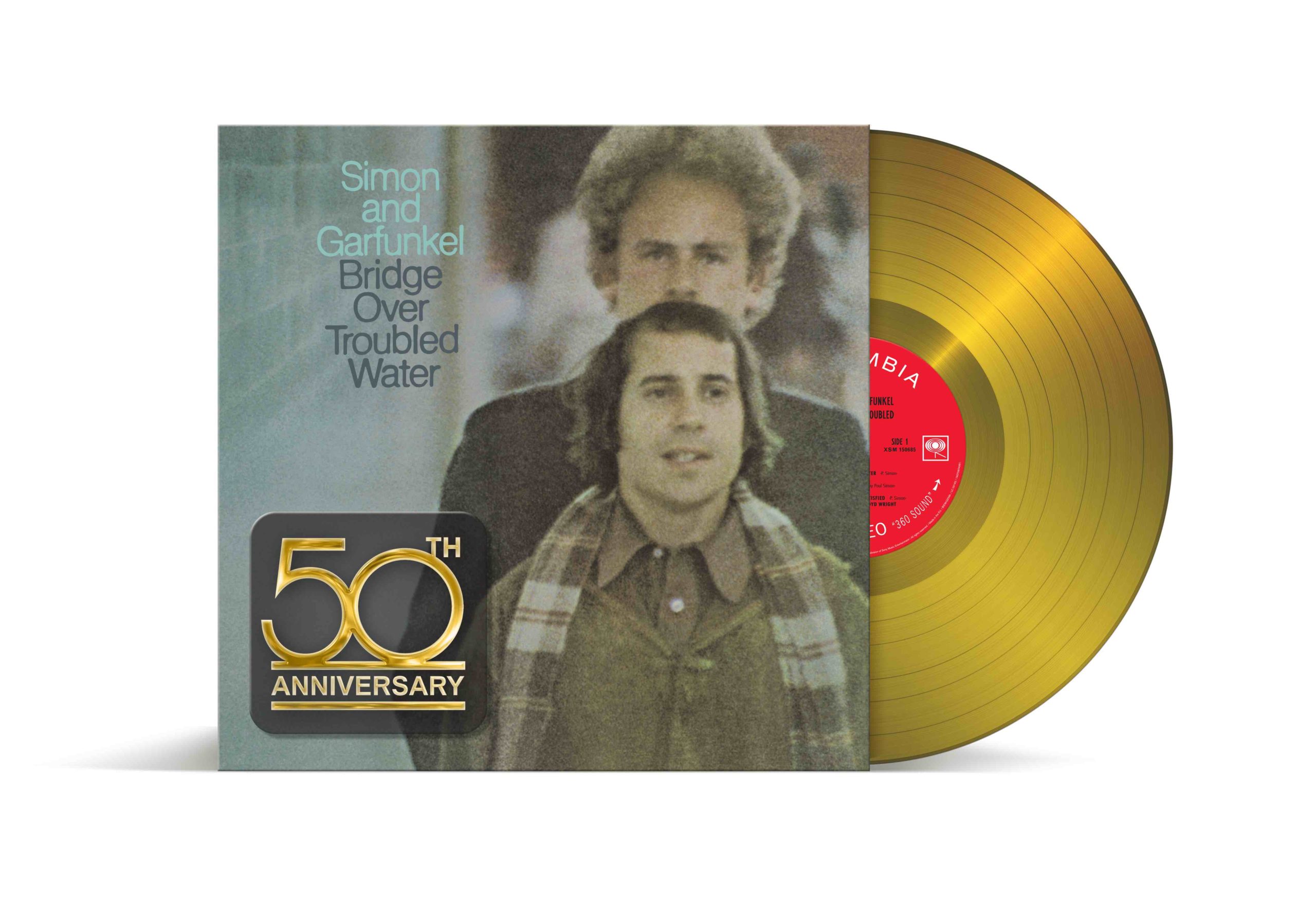 Regarded as one of the finest, and best-selling albums ever recorded, Simon & Garfunkel’s Bridge Over troubled Water will be celebrating its 50th Anniversary with a Gold vinyl release through Legacy Recordings / Sony on February 14th.

The acclaimed duo of Paul Simon and Art Garfunkel released four albums between 1964 and 1968 before recording and releasing their swansong, the five Grammy-Awards winning album Bridge Over Troubled Water on January 26th, 1970.

Also, today (two days before the anniversary), Sony will be releasing an EP with four previously unheard live recordings recorded at Carnegie Hall in New York in November 1969, two months before the release of the album. This Live At Carnegie Hall 1969 EP will be available digitally. Recorded over two sold-out nights at the close of what would become Simon & Garfunkel’s last North American tour for more than a decade, this EP features brilliant, previously unreleased early versions of favourite songs from the duo’s final studio album, Bridge Over Troubled Water. Highlights include an impassioned rendition of Bridge Over Troubled Water’s title track, a unique take on “The Boxer” with its original, additional verse; and versions of album tracks “So Long, Frank Lloyd Wright” and “Song For The Asking.”

The album contains two of the duos’ most critically acclaimed and commercially successful songs, the title track Bridge Over Troubled Water and The Boxer, which both appear regularly in ‘Greatest Songs of all time’ lists. Also on the album are the hits Cecilia, The Only Living Boy in New York and a live cover of the classic Bye Bye Love (made popular by the Everly Brothers).

Tracks from the album have been covered by artists as diverse as Andy Williams, The Vamps, Suggs, Ace Of Base, Robson & Jerome, Neil Diamond, Bob Dylan, Olivia Newton-John, George Harrison, The Proclaimers, Ray Charles and even The Muppets! The title track itself has been interpreted by Elvis Presley, Aretha Franklin, The Jackson 5, Roberta Flack, Willie Nelson, Mary J Blige (with Andrea Bocelli), Johnny Cash, The Supremes and most recently as a charity single for the Grenfell Appeal (featuring, amongst others, Robbie Williams, James Blunt, Rita Ora, Roger Daltrey, Gregory Porter, Louisa Johnson, Fleur East, Matt Goss, Pixie Lott, Craig David and Liam Payne)

Simon and Garfunkel are one of the most successful singing duos of all time, winning nine Grammy Awards and five Rock and Roll Hall of Fame Awards and selling over 100 million albums worldwide and on 20th February, BBC Radio 2 will celebrate the 50th anniversary of their most successful album – Bridge Over Troubled Water. Featuring a whole host of contemporary rock and pop stars this special celebration will re-create the entire track-list of Bridge Over Troubled Water with new fully orchestrated versions of all the hits, played by the sixty piece BBC Concert Orchestra including: The Boxer, Cecilia, Baby Driver, The Only Living Boy In New York and of course, Bridge Over Troubled Water. Special guest performers will include Will Young, Katie Melua, The Shires, Wildwood Kin and more.