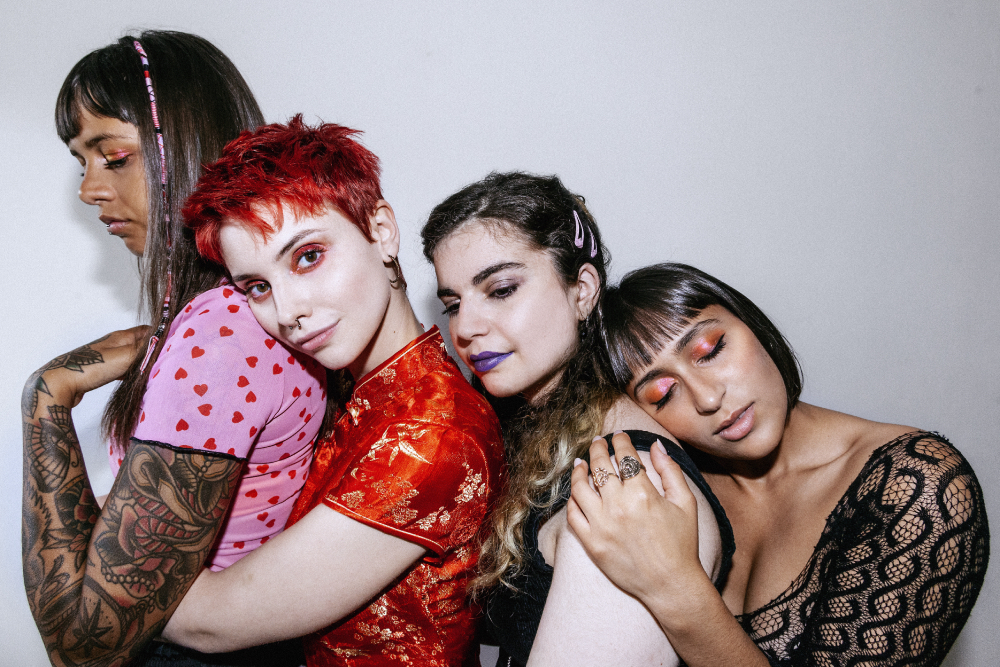 ĠENN (pronounced Jenn) is an Anglo-Maltese musical riot, ready to rock your ears and mess with your brain. Their latest slice of alternative post-punk madness with a fun twist comes in the form of new single, the vibrant and energetic ‘Du Da Dance’ – out now via Everything Sucks Music. Vocalist Leona wrote the lyrics on the train in Madrid 10 minutes before demo-ing them! It speaks of “not caring about what other people think of you or say about you, and just enjoying life,” she says.

Based in Brighton, the band is a result of a trans-national pairing which came about through the internet between three musicians from Malta, and one from the UK. ĠENN have been shaking audiences to the core with their infectious tunes, and with the honest, relatable themes they attack in their tracks.

Hold on tight, because the Ġennata (English translation: craziness) has only just begun.