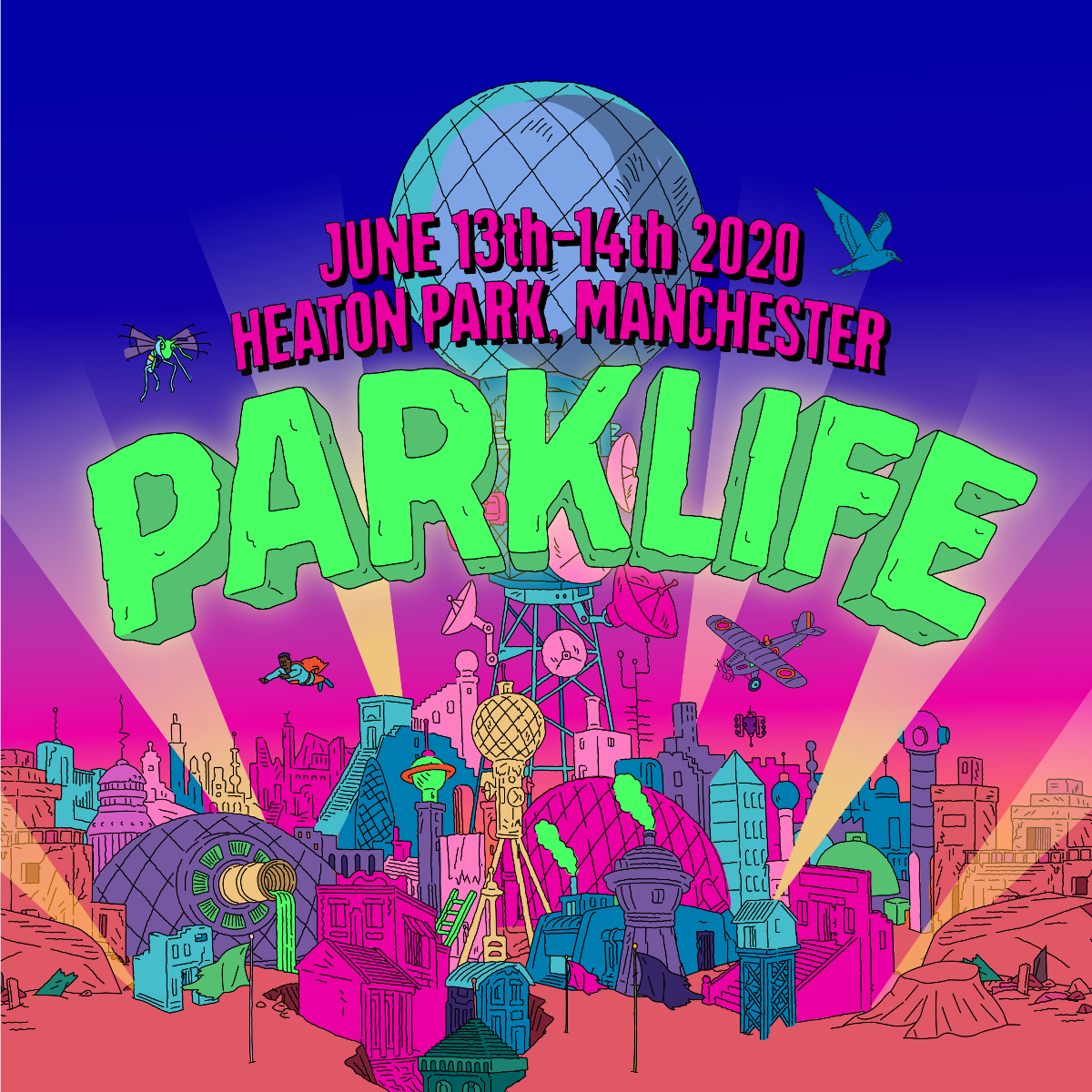 Parklife 2020. The festival of modern youth culture. It’s become synonymous for the biggest names and biggest moments, and as the UK’s largest Metropolitan festival once again comes calling with an unrivalled international lineup for 2020 – buckle in. Parklife is here.

Defining an entire generation, Tyler, The Creator’s rapturous return to UK shores has been an adrenaline shot to the arm of popular culture. A headline slot at Parklife will be his first ever solo headline UK show outside of London, returning for the first time in over 5 years.

Joining the untouchable Tyler, The Creator atop the bill are a cross-Atlantic blitz of big-time names. A true icon of UK culture, Skepta heads to Parklife as he continues to carve his own world with every release. Also at the front and centre of British music, the crooning Lewis Capaldi calls into Parklife fresh from topping every chart going. From ‘Hold Me While You Wait’ to smash-hit ‘Someone You Loved’, the Scottish Beyonce sits as the most in-demand artist in the UK. He’ll be joined on the star-studded bill by US megastar Khalid, one of the most streamed artists in the world and The Landlord himself, Giggs, who will be lighting scenes in Heaton Park – showcasing why he remains in a league of his own and a Parklife must-see.

The impressive list of acts set to grace Heaton Park continues with Anderson Paak, whose infectious energy and summertime grooves sit perfectly for a Parklife cocktail or two – while Jorja Smith and her spine-tingling tones are set to steal the show.

Spread across eight stages, the likes of Robyn, JME’s GRIME MC FM, AJ Tracey, Charli XCX, KSI, Peggy Gou, D-Block Europe, Hot Chip, Aitch, Mabel and more will all be grabbing their passports for the ultimate party of the summer.

The team behind The Warehouse Project & Parklife have also locked electronic icons such as Eric Prydz, Carl Cox & Fatboy Slim. If you’re after modern game-changers; try Bicep (Live), Four Tet, Nina Kraviz or Honey Dijon. And there’s so much more across the bill.

An international destination for an unrivalled festival throwdown with over 160,000 fans heading to Manchester, Parklife 2020 is the living and breathing metropolis of the UK festival summer. Here, they extend a welcome invitation to the biggest city festival of the year, with a lineup packed with the most exciting names across pop, hip-hop, electronica and more. There’s nothing that comes close to Heaton Park in summertime as Parklife opens its doors. Now, it’s yours.