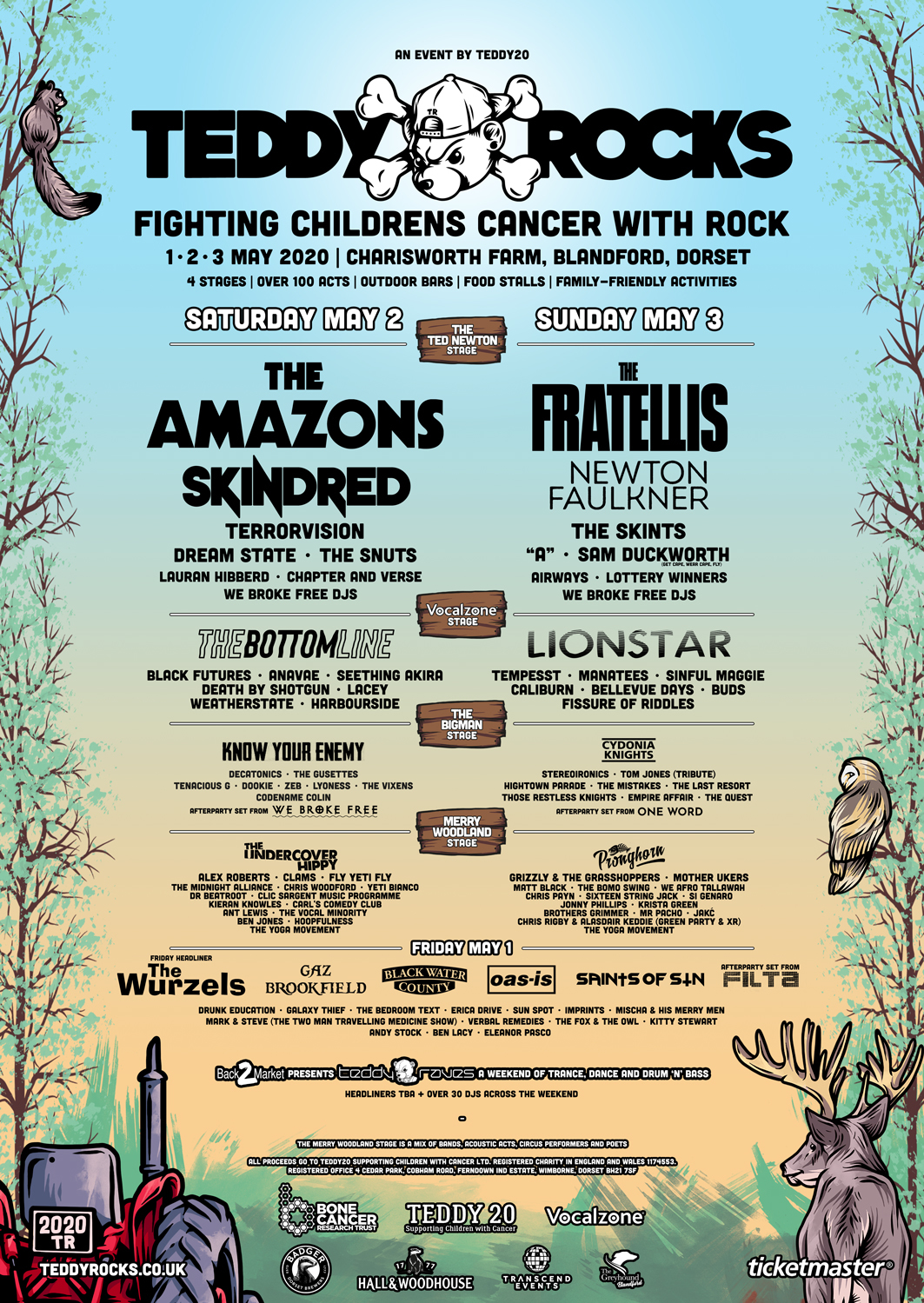 The Full line up for Teddy Rocks 2020 has been revealed!  Be sure to catch this impressive variety of talented artists who are all helping to fight children’s Cancer with Rock.

There will be over 100 acts performing across the weekend with 4 stages, outdoor bars, incredible food stalls and lots of family-friendly activities.

There will also be Teddy Raves – an area which will feature the best in Trance, Dance and Drum ‘n Bass.

The band have just completed a mammoth UK tour in support of their Top 10 album “Future Dust” which culminated in a huge show at O2 Academy Brixton. They are front runners in a new wave of British rock ‘n roll and we are super excited and proud to welcome them to Teddy Rocks!

“We’re delighted to be headlining Teddy Rocks!. The festival does incredible work to raise money for children with cancer. It’s a cause that means a lot to this band, so to be able to headline the festival and play our own part will be amazing.” – Matthew Thomson, The Amazons

MAY 3rd – The Fratellis!

“The band can’t wait to headline Teddy Rocks 2020. We’ve been following the charity on social media for a while now and are delighted to be taking part in such a great event for a worthwhile cause that has always been close to our hearts.” – Baz Fratelli, The Fratellis

This year’s festival will not only see yet another stellar lineup of bands and performers but will also have a ton of activities for young and old.  Keep your eyes on www.teddyrocks.co.uk for more details.

“This years line up is something we are super proud of! We are honoured to have The Fratellis with a huge catalogue of hits and a great live show –  we cannot wait to bring them to Dorset. The Amazons have been doing huge things and smashing the tour circuit. With our production team on the case, it will be one hell of a show. Most importantly, It’s a truly wonderful way to keep Ted’s memory alive – Teddy Rocks Founder, Tom Newton