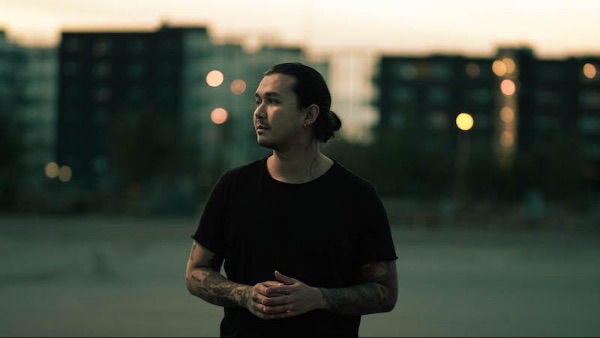 The Keep, which is the solo project of Gothenburg-based Oliver Knowles, is sharing the new video for “Cub” online today. It’s taken from his debut EP ‘Primer‘, out now via Houndstooth. The Keep is also set to play a headline London show on Feb 12th at Paper Dress Vintage.

Speaking about the video, The Keep said “The video is a few simple loops of footage I took on my phone during a fireworks night on the beach in Barcelona. I felt the imagery was suited to the track in the sense that fireworks are a kind of escapism, where everyone forgets the world and stares at some explosions for a few minutes.”

‘Primer’ is a collection of drones, noise and rhythms influenced by the vibrancy and excitement of Spanish and Catalonian street festivals that take place in Barcelona each year, where the record was written.

As well as the location, Knowles also marks other inspirations as films and literature saying “With this EP, the tone of films like Under the Skin and Annihilation, and reading The Southern Reach Trilogy that Annihilation was adapted from was very influential.” Although the tracks on the EP  are instrumental, they were created by Knowles as a means to express intense personal feelings of anxiety or sadness. He used the four tracks on Primer to manifest these ideas in a positive way, allowing a sort of personal catharsis.

Born in Singapore, Knowles then lived in Indonesia until he was 6 and pays heritage to his Indonesian heritage on this EP by using samples of traditional Indonesian instruments, including a small Indonesian hand drum that his mother gave him years ago.