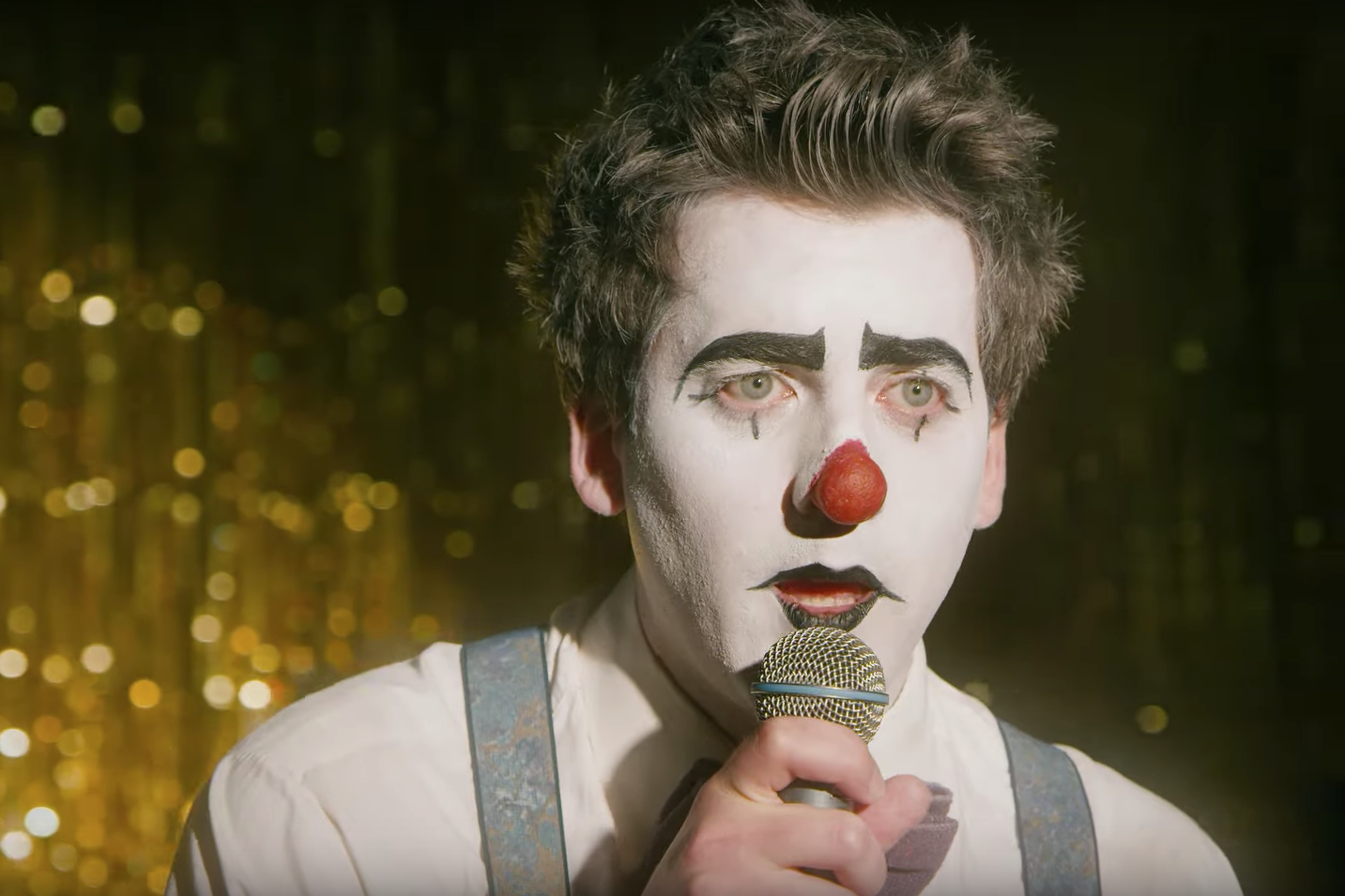 Circa Waves today unveil the video for ‘Sad Happy’, the eponymous first single from the ‘Sad’ side of their album forthcoming album ‘Sad Happy’ (released on 13th March). A banging, soulful track that drives along strummed chords and keyboard riffs, it’s another example of Kieran Shudall’s ever developing songwriting, perfectly encapsulating the uptempo yet emotional tensions that cut right to the heart of the album ‘Sad Happy’. The video is directed by fast rising duo Bousher & Gee, and sees Shudall in the middle of a One Flew Over the Cuckoo’s Nest esque nightmare. Cutting between performance footage and the story of Schudall’s descent as one of a group of heartbroken clowns going through increasing twisted therapy sessions, the video tracks his hellish inner turmoil and the brutal ‘treatment’ that eventually leads him to the point of no return.

‘I will not find myself tonight
You can’t see my heart’s made of concrete
You know me, I’m sad happy’

An album of our times, ‘Sad Happy’ is formed of two diametrically distinctive sides, released individually as ‘Sad’ and ‘Happy’. ‘Happy’ was released earlier this year and is available to stream here. The ‘Sad’ side will be united with the ‘Happy’ side to form the full physical ‘Sad Happy’ release on CD and vinyl formats on 13th March via Prolifica Inc / [PIAS].

The single ‘Sad Happy’ was first unveiled last week when it was released alongside news of the now sold-out Circa Fest, a one day festival in Liverpool curated by Circa Waves. On Saturday 4th April, the band will take over Liverpool and celebrate the city’s most exciting new and emerging acts, paying tribute to some of the most iconic long-standing venues Liverpool has to offer.

Hosted across Liverpool University, Zanzibar And Jimmy’s, the likes of Red Rum Club, Spinn, Pizzagirl, Harrm, Children Of The State, Abby Meysenburg, The Mysterines (Dj Set), Zuzu (Dj Set) and of course Circa Waves will perform throughout the day into the early hours.