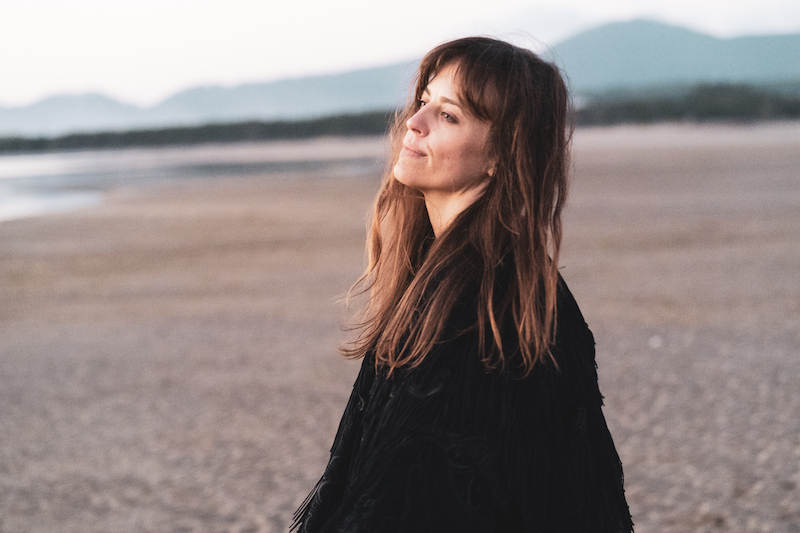 Speaking about the song, Heather said “‘Hummingbird Skylight’ was written by my partner and his band Tallest Poppy. From my first listen I was drawn to the beautiful melody and repetitive nature of the original version. I reworked the song and gave it to my partner as his birthday gift.

Over the course of working on the song, the lyrics took on a special quality and sense of timelessness and independence. They revealed themselves to be universally relatable and adaptable. The ‘she’ in the song became Mother Nature and her struggles during the Australian fires. The words also spoke to relationships in my own life that, over time, have become something I didn’t expect.

I produced and recorded the song myself with an extremely minimal setup. The stripped down, more exposed production style is something I’ve been wanting to work more in for quite some time, so I felt like reworking the song in this style was a good opportunity to experiment and lean further in that direction.”

Since the release of ‘Invitation‘ Heather Woods Broderick has been touring extensively, both as part of Sharon Van Etten’s band and also playing various headline shows including Rough Trade East in London earlier this year, support shows for Sharon Van Etten & William Tyler in Europe and a US tour with Anthony Lamarca of The War on Drugs.

Heather’s album ‘Invitation‘ is out now via Western Vinyl. ‘Invitation’ was conceived on the Oregon coast, an outlier among American landscapes, where vast stretches of empty beach are decorated with silver driftwood and towering pines. It is here among the dunes, tide pools and colossal rock formations that Heather spent her childhood summer day-trips. And it is here that she returned as an adult to construct her newest LP, an album of dreamy baroque-pop that swells and whispers with grand string arrangements, intimately descriptive lyrics, and impassioned songcraft built around earnest piano melodies, painting a lifelike picture of the locale in which it was written.