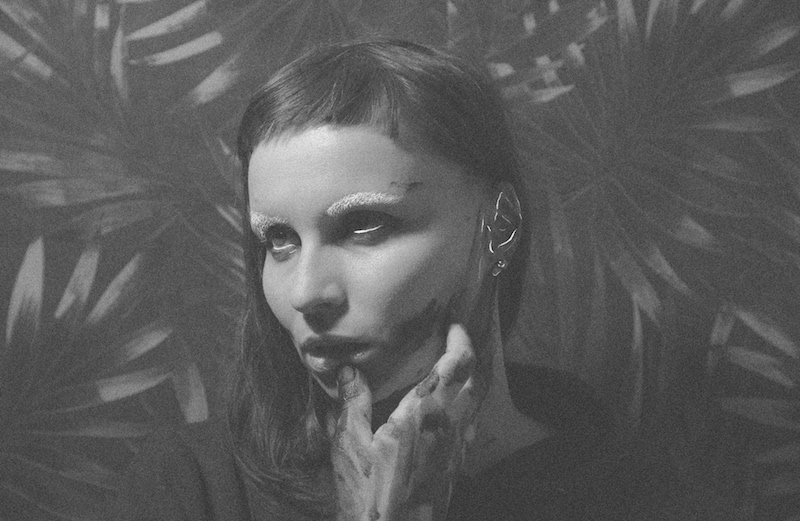 After recently announcing her new album Birthmarks is set for release March 13th via Sacred Bones, Hilary Woods is sharing a moving new video & single “Orange Tree“. Woods is set to play a London show on May 18th at Cafe Oto.

Speaking about the new track, Woods said “”For me, ‘Orange Tree’ is a personal song acknowledging an inner fear of the unknown. It’s an exercise in overcoming, becoming more planted and rooted in the earth and in the body.”

Hilary Woods‘ Birthmarks has been a labour of intensity and intuition, written over the course of two years. Recorded whilst heavily pregnant between Galway and Oslo in the winter of 2019, Woods explores the oscillating and volatile processes of selfhood and becoming, hidden gestational growth, and the birthing of the Self, amidst continuous social and personal change.

Birthmarks is a record that hunts for ways in which to revisit and caress wounds left by the memory of their scars. In its mystery and attentiveness to the art of alchemy and the world of the unseen, it is a journey through textural fog and feral density that gives way to passages of voracious sonic exorcism and poetic healing.  Its eight songs traverse planes of visceral physicality, stark tender space, and breathtaking introspective beauty.

Spurred on and crafted by the impulse to create a more corporeal sonic tendon for her songs to inhabit, Woods took her vision and home recordings to Norwegian experimental noise producer and filmmaker Lasse Marhaug. The collaboration proved rare and fruitful and lies at the heart of this record. Field recordings, analogue bass synthesizers, hushed vocals, and the breath are underpinned with heavy noise processing, fierce and wide cello, rich percussion, sable saxophone, and electronics.

Birthmarks is inspired and informed by ideas of inner transmutation in the face of anxiety, post-war Japanese and wet-plate photography, early music, the secret life of trees, wolves, drone, the drawings of Francis Bacon, the images of Francesca Woodman, the films of Chris Marker, the experiential collapse of community, and the power of the lone human voice. Itis a deeply powerful and enigmatic record that ultimately transcends its disquiet roots.