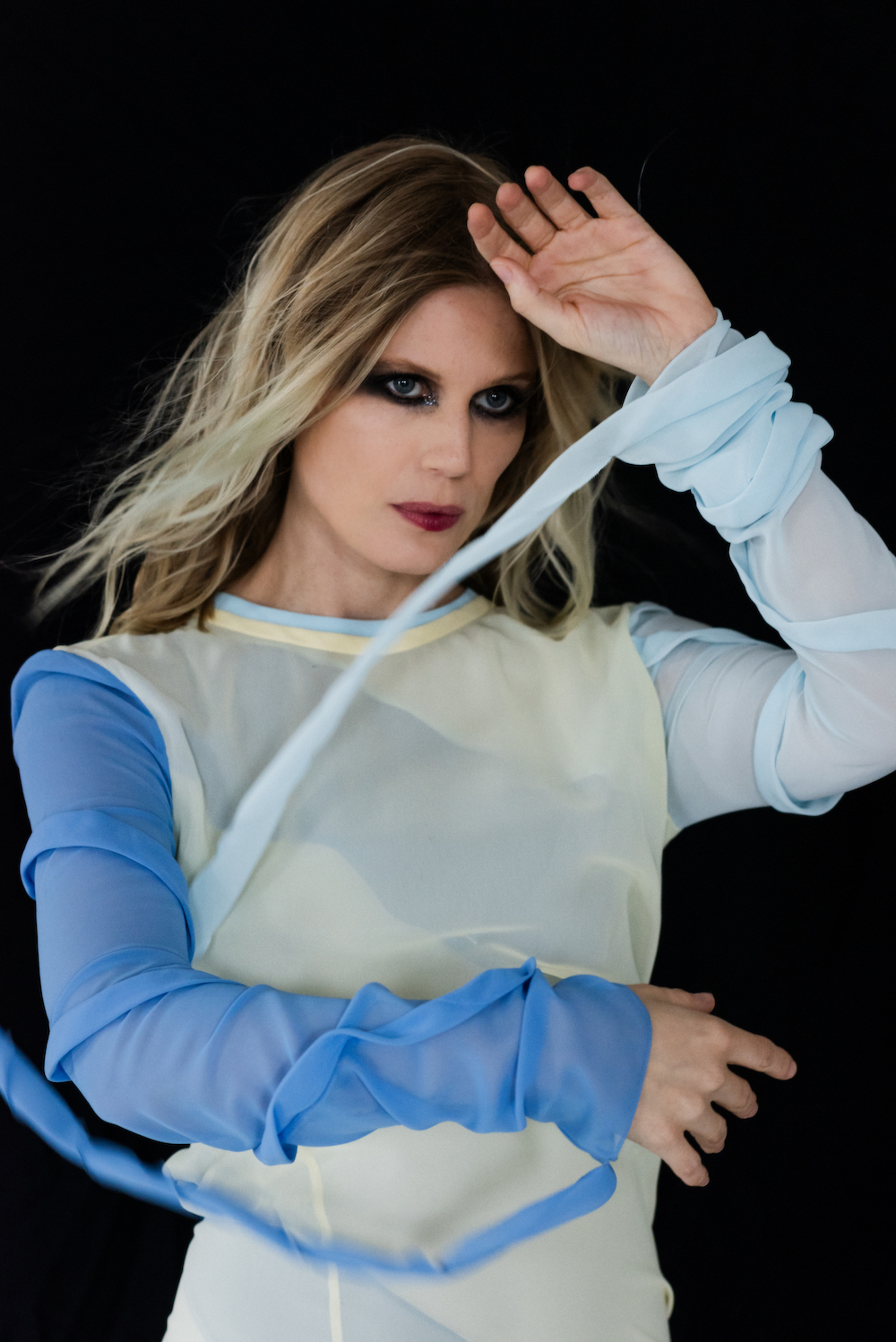 Today Myrkur’s Amalie Bruun has shared a second track from her forthcoming album, ‘Folkesange’ which is set for release on March 20th via Relapse Records.

Myrkur has always carved her own path and challenged underground preconceptions of heavy genres. Soon after newfound motherhood, Bruun sets out on a journey into the very heart of the Scandinavian culture that marked her own childhood. On ‘Folkesange’ she relinquishes black metal for a refined yet far-reaching evocation of traditional folk, combining songs ancient and new to sublimely resonant effect.

Following previous single, “Ella“, today she shares “Leaves of Yggdrasil“ and comments: “Leaves of Yggdrasil is a song very dear to my heart as I wrote it about being apart from the one you love because of circumstances that are completely out of your control. The Norns weave the fates of Gods and man and sometimes that means very tough life-situations. I wanted to create a song with the feeling of an old folk-tale, but with words that resonated with my own life today.”

Speaking on the accompanying video, she continues: “The video was created with Mats Ek with whom I also made the Ulvinde video. We both wished to create something entirely different from anything I’ve ever done, and take the visual universe to somewhere out of nature and more into the otherworldly.”

On Myrkur‘s first two full-length studio albums (2015’s M and 2017’s Mareridt), she recast black metal in the most personal yet expansive of terms, their blending of Bruun‘s Danish folk roots with tempestuous internal struggles breathing new life into a subgenre whose followers can be rigidly possessive.

After the nightmare-induced visions that wrought themselves throughout 2017’s immensely acclaimed ‘Mareridt’, ‘Folkesange’ offers an emotional sanctuary, a means to reconnect to something permanent and nature-aligned. It’s an awareness that’s become deeply bound to the album’s organic, regenerative spirit.

Storytelling, rites of passage, and the invocation of a continuity that passes through time and generation are all part of folk music’s tapestry, and ‘Folkesange’ taps into all these currents in their most essential form. In part a purist’s approach to the genre, free from over-interpretation and fusion, the use of Kulning (an ancient Scandinavian herding call) and traditional instruments throughout, such as nyckelharpa, lyre and mandola offer a deeper, more tactile connection to their source, an unbroken line of communication back to the past.

But the album is no museum piece; it resonates in the here and now, aided by the spacious production of Heilung member and musical collaborator Christopher Juul. Cinematic yet intimate, ‘Folkesange’ exists in a state of boundless reverie, bourne by string-led drones, cyclical, elegiac rhythms and Bruun‘s frictionless voice, all carrier signals for deep-rooted, ancestral memories, and associations felt on an elemental level.

An immersive experience in its own right, but also belonging to a wider, pagan folk-based renaissance that has attracted a devoted following worldwide, ‘Folkesange’ answers a need that has become ever more pressing in turbulent times. A zeroing in on a resonance that is both intrinsic and enduring, it’s a rediscovery of personal grounding, and an experience that reaches beyond culture to remind us of a shared, deeply rooted inheritance. A tuning fork that binds the personal and the universal, ‘Folkesange’ is a reminder that the most transcendent experiences are those closest to home.

‘Folkesange’ sees its release March 20, 2020 via Relapse. There will be several limited deluxe vinyl versions available. For more info and to pre-order, go here .