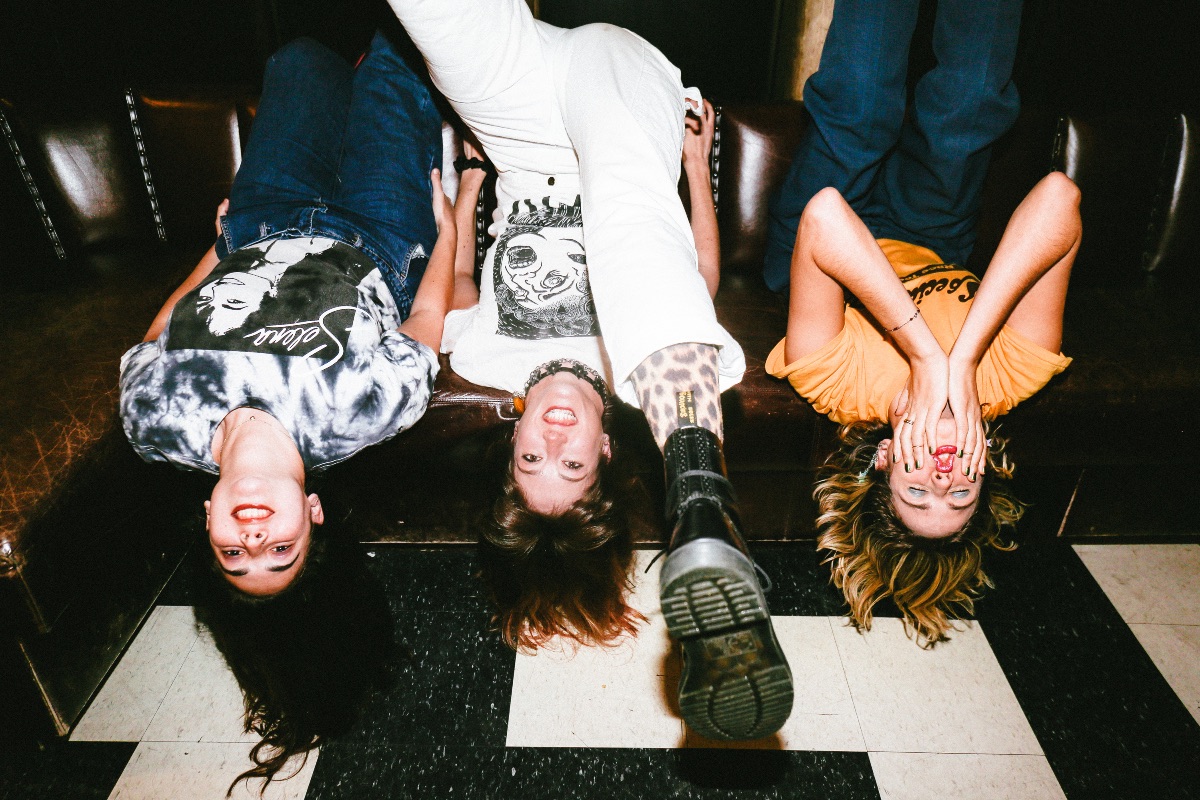 Today, Brooklyn DIY punk band THICK share the music video for ‘Bumming Me Out,’ a track off their forthcoming debut album ‘5 Years Behind’ out March 06 via Epitaph. The song perfectly captures the pain of feeling powerless in the face of endless horrors happening in the world.

For the video, the band wanted to come up with a concept that was non-literal stating, “It’s one of our more vulnerable songs lyrically, so it was important to inject the video with some playfulness. We collaborated on the concept with Nic Henry (director). He had wanted to introduce the ‘Chill Reaper’ character for a while, so we worked him into the slumber party story, as the night gets weirder and weirder. We constructed the set in Nikki’s bedroom as a throwback to our own bedrooms growing up, so there’s also a sense of nostalgia throughout.”

‘5 Years Behind’ came to life in Studio G Brooklyn with producer/engineer Joel Hamilton (Iggy Pop, Jolie Holland). On their debut album, THICK confront the countless disappointments and injustices they deal with every day: the reckless hypocrisy of people in power, social media’s erosion of genuine connection, dudes who feel inexplicably entitled to share their most loathsome opinions. But even in their most exasperated moments, THICK manage the impossible feat of coming off confident and carefree even as they expose their deepest insecurities.

THICK will support Australian punk rock band The Chats on the road in North America this spring. The tour will kick off in San Francisco, CA on April 11 and wrap with a hometown show for THICK in Brooklyn, NY on May 7. Tickets are on sale now. For more information, visit https://thick.band/tour.