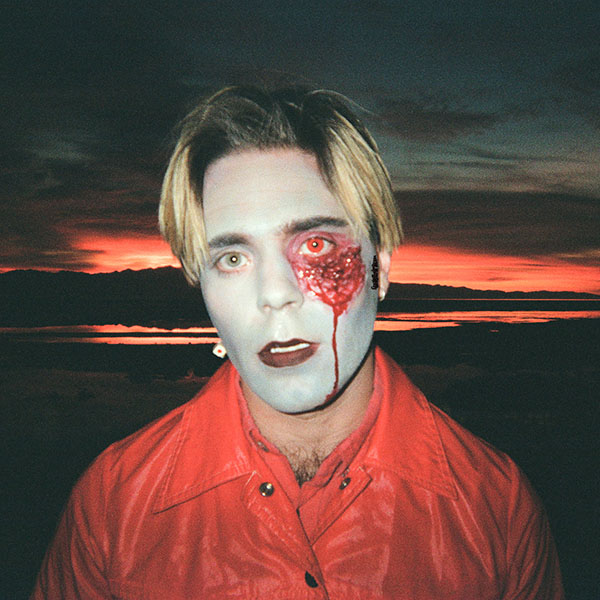 Choir Boy have announced details of their emotionally powerful, irresistible new album, ‘Gathering Swans’ for release on May 8 via Dais Records. Full of heartbreak and gently steeped in pop nostalgia, the band push their unmistakable sound to a new level. Choir Boy‘s Adam Klopp delivers a transcendent vocal performance on an album that is both danceable and charged with affecting tenderness and romance.

Today they’ve shared the tongue-in-cheek lead single “Complainer” with an accompanying video. Klopp explains that the song marked a shift in lyrical tone from previous releases, commenting: “While many of our earlier songs serve as flowery lamentations of loss and grief, ‘Complainer’ snarkily examines the self-absorption of sadness. The opening line ‘Oh my life’ was something I privately uttered while stewing over daily anxieties. It became comical to me that I would express my self-pity like that, in earnest, when my struggles seemed so relatively tame. The song continues,” It’s a phrase so funny when it’s spoken so sincere. But it’s not that bad, I’ve never really had it worse. I’m just a complainer.” ‘Complainer’ multi-tasks as a pop song and a reminder to keep my privilege in check.”

“Choir Boy“, initially intended as an insult, was what the kids called singer/songwriter Adam Klopp in his early teens when he fronted bands in Cleveland, Ohio. The label seemed fair and fitting in a way, given Klopp’s religious upbringing and angelic voice. After high school, Adam left Ohio for college in Utah. While his career as a student would prove short-lived, he integrated into Provo and Salt Lake City’s underground music and art scenes, left religion behind and called his new band Choir Boy.

Choir Boy debuted with the warmly received album ‘Passive With Desire’in 2016, drawing comparisons to Scott Walker, Kate Bush and Talk Talk. After signing to Dais Records, they followed up with the 2018 single, “Sunday Light” and a lovingly reissue of the debut album on vinyl and CD. Recently, Klopp has filled out the band with a permanent lineup: Chaz Costello on bass, saxophonist / keyboardist Jeff Kleinman and guitarist Michael Paulsen. Each member has brought their unique influences to the fold, helping to develop a Choir Boy that is subtly more dynamic, where the guitar and bass work add a little post-punk grit owing to Costello and Paulsen, while ’80s-tinged swing is maintained by Kleinman’s bright sax.

The new dynamism beams on ‘Gathering Swans’. Choir Boy‘s melancholy tenderness springs forth naturally and distinctively, while pulling from the familiar and nostalgic styles of pop trailblazers like Bryan Ferry with all the funkiness of The Cleaners from Venus. Klopp’s lyrics and earnest, ever-angelic voice face up honestly to every emotion, but particularly those that are hard to name. Creative, sincere, passionate and glaring with intention, ‘Gathering Swans’ paints a bright, hopeful, and deeply heartfelt image with a little humour along the way.

After extensive touring with acts like Snail Mail, Cold Cave, Ceremony, Black Marble, The Faint and more, Choir Boy set out on a spring tour with Surf Curse in support of ‘Gathering Swans’. For a full list of dates see below.

‘Gathering Swans’ will be released on May 8th via DAIS. Pre-order it at http://smarturl.it/ny2xmr