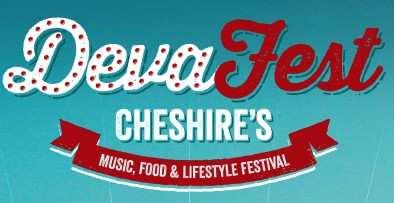 Deva Fest Back For Summer 2020

Organisers of the successful Deva Fest in Chester have announced the three-day event will return for Summer 2020 – and have revealed a hat-trick of headline acts.

Now organisers are bringing the event back with an earlier Summer date and a packed programme from the Friday daytime onwards, which is sure to excite festivalgoers.

The free fairground for festivalgoers is back for the second year, and the free shuttle bus service which proved so popular last year has been expanded for 2020.

Deva Fest will take place across the weekend of Friday 14 August, Saturday 15 August, and Sunday 16 August 2020, at the Cheshire Lakes complex in Dodleston, just outside Chester city centre. Tickets are on sale now, including a limited number of Super Early Bird tickets.

The weekend programme will start on the Friday (14 August) with Old School Dance Anthems Day, headlined by Symphonic Ibiza.

Returning to headline after their triumphant performance in 2019, Symphonic Ibiza will once again thrill the crowds with dance classics. Cream DJ Andy Joyce will be joined by a full symphony orchestra conducted by Steve Etherington to ensure that Symphonic Ibiza transports fans back to the White Isle.

Deva Fest Managing Partner Phil Marston commented: “People are still talking about just how good Symphonic Ibiza were last year. When I was stood backstage watching the crowd in our Big Top jumping to tunes from the likes of Fatboy Slim and Swedish House Mafia, I knew we had to bring them back for 2020. Many festivalgoers asked for the Old School Dance Anthems Day to move to opening day so they can enjoy a real party atmosphere – so we’ve listened and given them what they really want. We’ve made Deva Fest into three full days and nights for the first time.”

Saturday (15 August) is Pirate Day. The event will feature a whole host of pirate themed activities and entertainment, and the day will be headlined by Sophie Ellis-Bextor.

The day will feature parades and street performers, with prizes for festivalgoers in the best Jack (or Jackie) Sparrow outfit. Chester’s Winter Watch Parade team will provide the entertainment.

Double platinum selling Sophie Ellis-Bextor will showcase her smash hits including Murder On The Dancefloor, Take Me Home, as well dance favourite If This Ain’t Love with DJ Groovejet.

Izzy Grey, Managing Director of We Love Good Times, headline co-sponsor, said: “We can’t wait for the colour and magic of Pirate Day. The Winter Watch Parade team always come up with something amazing, and then to get Sophie Ellis-Bextor and her band performing is a real coup – it’ll be a fantastic family day.”

Deva Fest will close on the Sunday (16 August) with a headline set from festival band, Scouting For Girls.

Four times Brit award-winning band Scouting For Girls head to Deva Fest fresh from a sell-out UK tour. Their impressive back catalogue includes sing-along anthems She’s So Lovely and This Ain’t A Love Song, as well as new material from their recent Top 40 album, The Trouble With Boys.

Stephen Wundke, Managing Director of headline co-sponsor Taste Cheshire, who is also involved in organising the event, added: “When we asked last year’s festivalgoers who they wanted to see play Deva Fest 2020, Scouting for Girls was a band whose name came up time and time again. So were are delighted they have agreed to come along and play this year.”

The Deva Fest attractions will also include a free to use fairground on the festival field. The main stage will once again be in a huge big top ensuring fantastic live performances, whatever the weather.

The free shuttle bus service has been expanded for this year’s event to now include Chester city centre, Chester Railway Station, Hoole, Handbridge, Westminster Park, Ellesmere Port, Wrexham, Gresford and Rossett. A full route is available on the Deva Fest website. Free parking is also available outside the festival gates.

Once again, Deva Fest will offer quality food and drink vendors, who will be hand-picked by Taste Cheshire to ensure locally produced tasty offerings and treats are available.

Deva Fest Managing Partner Phil Marston added: “Our Super Early Bird tickets are actually cheaper than our release prices for 2019 as we have removed the booking fees which so many other events charge. All tickets include use of the shuttle bus and unlimited free fairground rides – as well as some unbelievable world-class acts, so we genuinely feel they are exceptional value.”

For more information and to book tickets visit www.devafest.co.uk