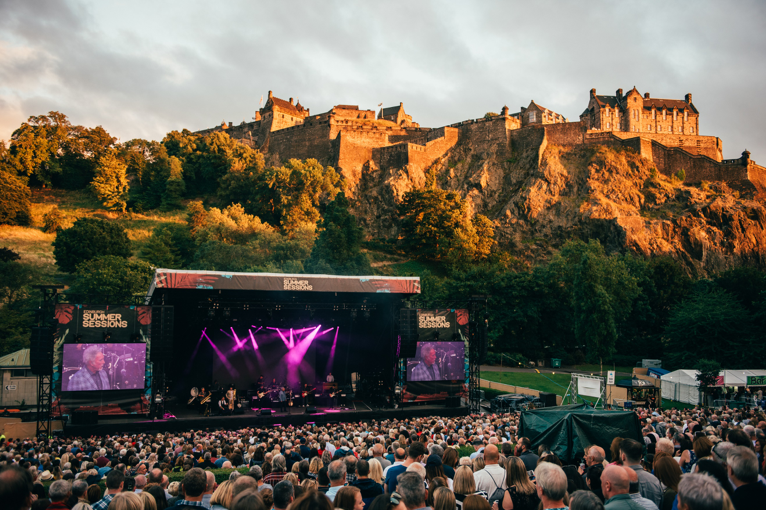 Edinburgh Summer Sessions 2020 just got even bigger, as today the festival has announced Tom Jones will play a SECOND date on Monday 10th August, after his show on the festival’s opening date has sold out.

Set to return to Edinburgh Summer Sessions after opening the festival’s inaugural year, Tom Jones will now headline on Saturday 8th August with his second appearance on Monday 10th August. One of the most influential showmen in music, the Welshman is clearly in high demand, as he promises non-stop entertainment for fans in the picturesque setting of Princes Street Gardens. Bringing timeless classics like ‘It’s Not Unusual’ and ‘Sex Bomb’ to the stage, Tom Jones is an Edinburgh Summer Sessions favourite and these look set to be two unforgettable shows.

With a plethora of Grammy, BRIT, NME, Ivor Novello, Mercury Music Prize and even Golden Globe and Oscar award winners and nominees on this year’s Edinburgh Summer Sessions bill, the festival will be a truly unique landmark event in the UK’s 2020 music calendar.

Lionel Richie will make his Summer Sessions festival debut on 9th August while London singer-songwriter Michael Kiwanuka joins the line-up on 11th August. One of the country’s biggest bands The 1975 play on 12th August and pop-rockers McFly make their debut on 13th August. Rounding off an outstanding set of shows in the capital, homegrown heroes Simple Minds take to the stage on 18th August and none other than Travis will bring the festival to a close on 20th August.