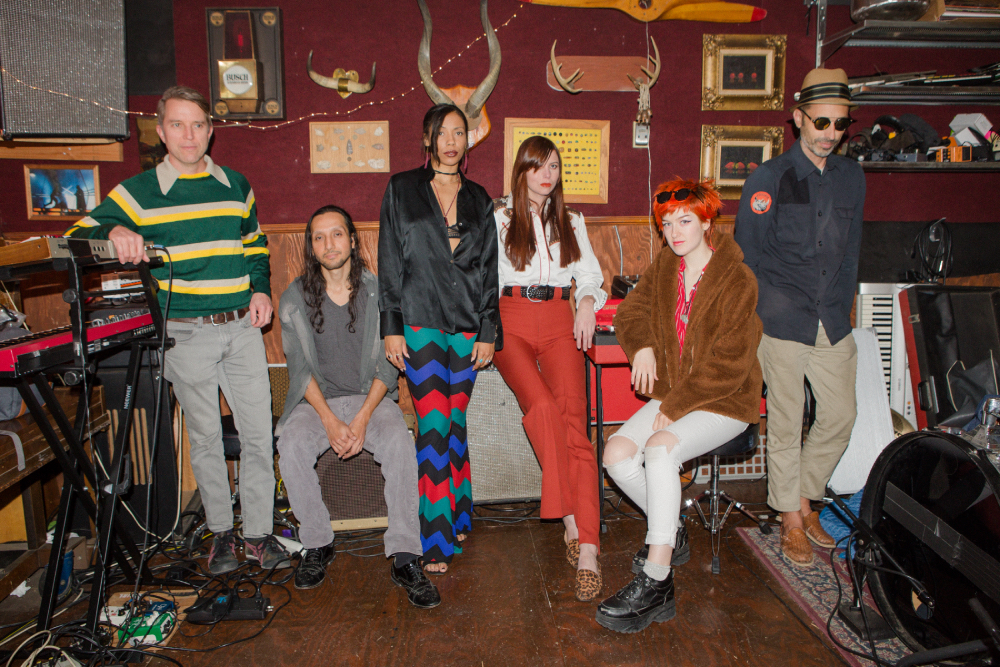 WARGIRL’s new single ‘Dancing Gold’ is a sublime melding of funk, garage rock, psychedelia, soul and reggae from the Californian six-piece. On the inspiration behind the track, the group muse: “In Costa Rica at sunset, the sky turns a million colors, sometimes the last sunlight is golden and it dances on the evening water and time stands still and you remember that all of life is a crazy miracle. All of us people are magical living beings, some of us get lost along the way, but at our best we are all Dancing Gold. This is a song to remind us to really live life as it is a gift and not be stuck in negativity.”

Released via German-based label Clouds Hill, the single is a first taster of what’s to come this year from Wargirl, a collective whose oeuvre to date unites a plethora of classic sounds to create something that’s true to their roots yet pushes the envelope and blurs the lines of the genres they move through. The vibrations they seek to spread through their music come from a very positive place. “We want to make great, unique, interesting music with messages that are universal and true, encouraging the listener to take a deeper look at this life, to ask questions about what we all accept as normal,” says guitarist Matthew Wignall.

Wargirl will be bringing their unique culture clash to the UK & Europe this March on a tour to celebrate the release of ‘Dancing Gold’.