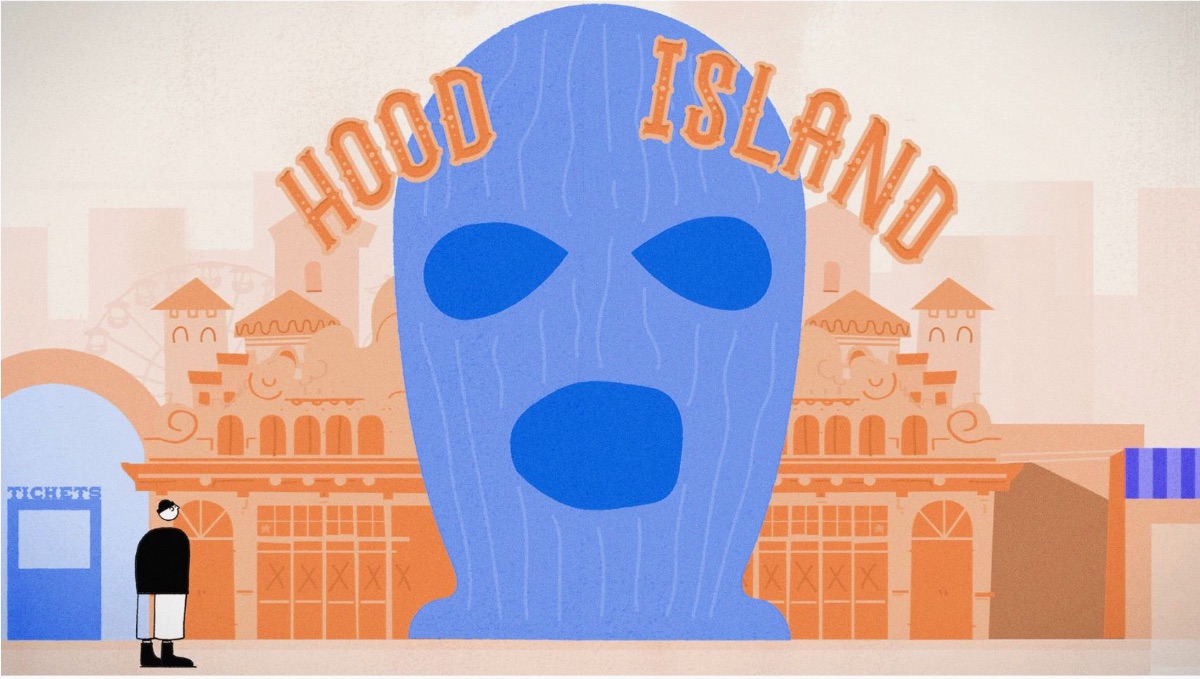 Boston Manor’s new single ‘Plasticine Dreams’ is a soulful composition with a tender yet sinister lilt that muses upon the often disposable nature of modern entertainment. Vocalist Henry Cox explains: “Plasticine Dreams is about the throw away culture of media. How art is treated as “content”; one minute something is plastered everywhere you look and the next it’s faded into obscurity. I also feel like because it’s so easy to go viral now it also encourages people to make ‘content’ rather than art. We’re getting so much information constantly thrown at us that nothing is really absorbed or appreciated, you just click next when it’s finished.”

It’s the latest cut to be revealed from the Blackpool band’s forthcoming album ‘GLUE’, set for release 01 May via Pure Noise Records, and has been released alongside an hypnotic animated music video. “We wanted something really different for this video,” says Cox. “The song kind of has its own thing going on within the context of the whole album & we’d always wanted to do an animated video because it allows for a new level of artistic expression, not confined to what we can create in “reality”. We were able to sneak a bunch of easter eggs into the video – nods to loads of BM history & also the themes of GLUE. We’re really happy with how it came out. A lot of work went into making it. We invite people to find all the easter eggs & references!”

The new single’s mammoth singalong chorus is primed for live shows. Boston Manor’s forthcoming headline tour has been rescheduled for August. Dates below.

‘GLUE’ is the sound of a band questioning the state of the world around them. Inevitably, in a critical examination of the modern world, it comes from a dark place, but one that fuelled the five-piece to create a body of work that elevates their craft further than ever before. Its 13 highly charged songs came out of a process that Cox describes as “very chaotic”,  but the result is a truly ferocious album.

‘GLUE’ was recorded at The Barber Shop studios in New Jersey, produced by Mike Sapone and engineered by Brett Romnes. Cox admits that these are not just the most primal and plain-speaking songs the band have ever recorded, but everything the previous seven years have been leading up to. “This is the start of our band finally becoming the band that we want to be,” he says. “It’s taken us so long to get here, but I’m really proud of us for becoming our own thing. Not once did we think about what people wanted to hear – we just went entirely down the rabbit hole with it. Our only rule was to do what we wanted to do. Even when thinking about playing the songs live, we just decided to figure that out later and move forward with what we wanted to make at that point in time in the studio. And I’m really happy that we did that.”

In a modern world that’s corrupt and full of inequality and injustice, Cox hopes the album will be a call to arms for everybody who listens to it – to make them realise they need to take notice of what’s happening both around them and on a larger, more global scale. “I want people to listen to it and feel something and think about things,” he says. “The aim of the whole record is to make people angry. It’s to make them go ‘Well, this pisses me off, how can I change it? What is one thing that I can personally do – that I can start doing today – to make a difference?’ Because we can do better than this. We just need to start.”