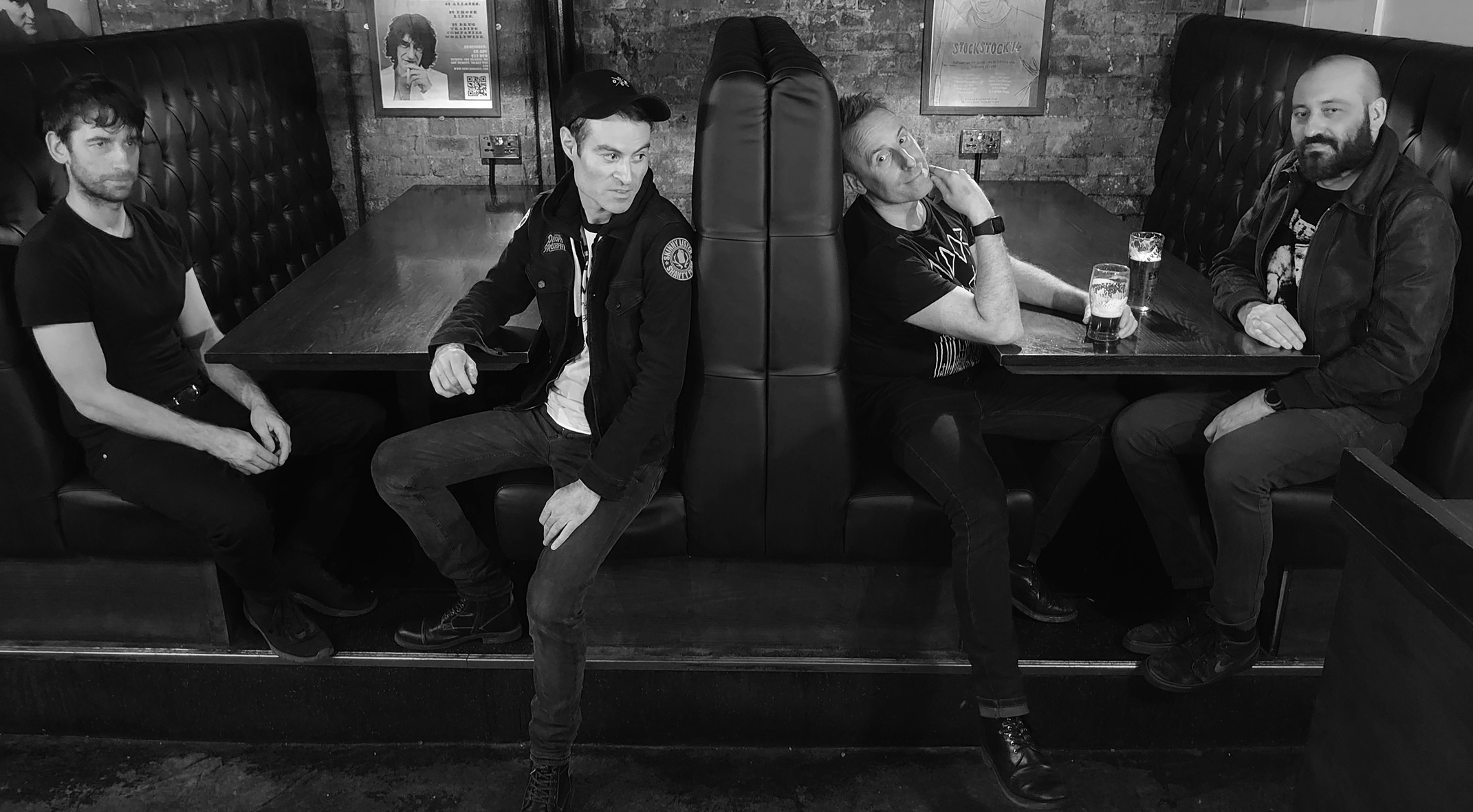 Barking Poets are a new originals Punk-Rock band based in London and founded in 2019 by four experienced musicians from the London, Bristol, Dublin and Barcelona scenes.

Singer-songwriters Harvey Springfield (Man The Lifeboats) on lead vocals and Neil Murray (Two Day Rule) on lead guitar teamed up with Conor Heary (The Wake-Ups) on drums and Sergio Moreno on bass guitar.

They’re inspired by the protest poetry of Barking’s own bard Billy Bragg, the bittersweet melancholy of Frank Turner and The Gaslight Anthem, the recklessness of Green Day and The Clash and the epic anthems of Manic Street Preachers or Dropkick Murphys among many others.

Crunchy riffs, pounding drums and uplifting vocal harmonies are their signature sound which encapsulates the essence of melodic Punk-Rock, CowPunk and Garage Rock.

They don’t shy away from tackling controversial issues such as Climate Change, Austerity or Populist Politics while also telling stories of souls struggling to connect or vampires sheltering in the City of London during the day while playing blistering R’n’R gigs in the Camden night.

Their debut single “Make Me Strong” has been produced, mixed and mastered by Paul Tipler (Idlewild, Placebo, Elastica) at Stereolab’s Unit 13 Studios in South London.