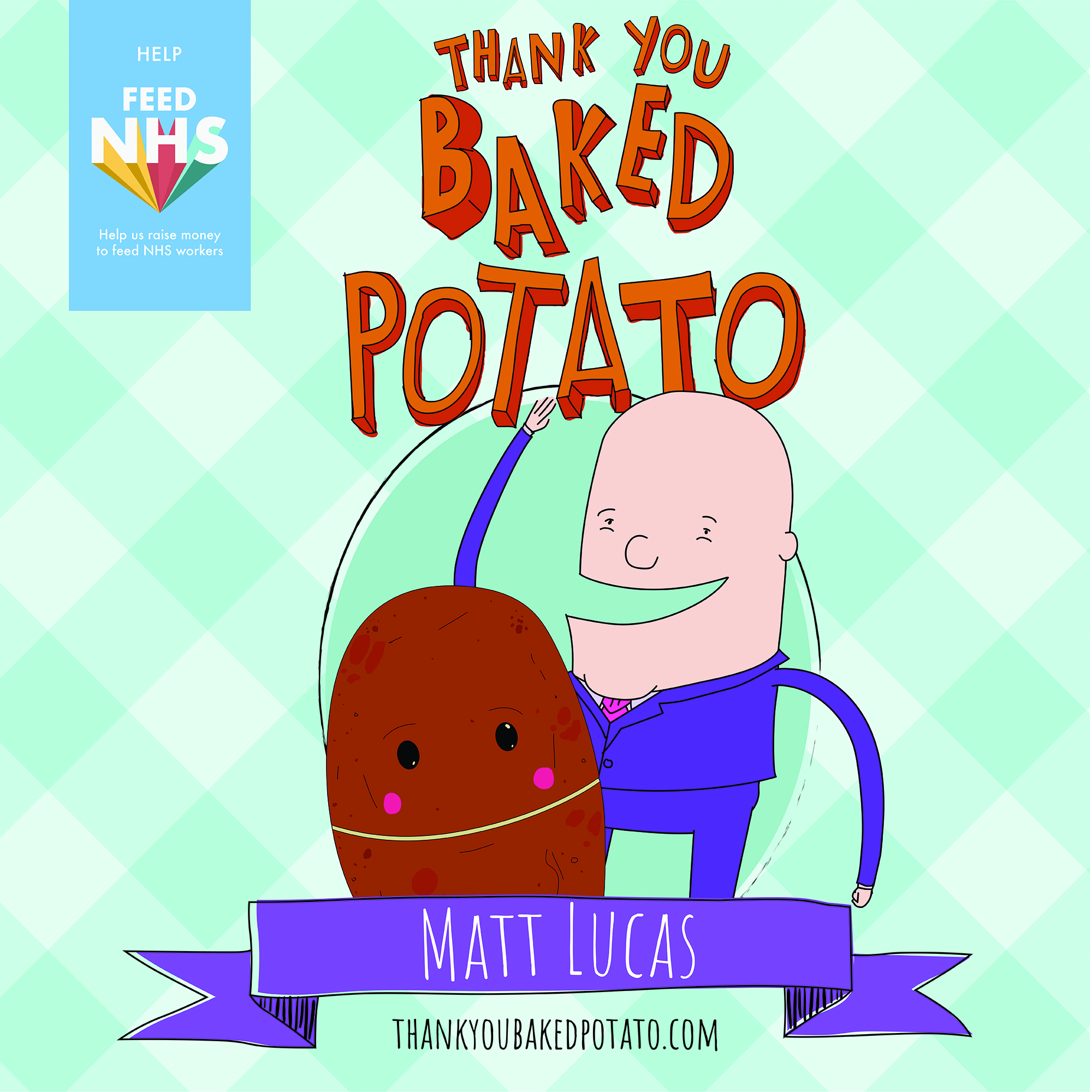 Actor, comedian and writer Matt Lucas released a reworked version of his famous ‘Baked Potato Song’ as a single, ‘Thank You Baked Potato’, with all proceeds going to FeedNHS.

The song, originally performed by Matt on ‘Shooting Stars’, has been rewritten to include key messages about how to avoid spreading and catching Covid-19, urging people to stay at home amid the coronavirus outbreak.

Matt shared the new version of the song to his Twitter account last week, garnering over 3 million views in just a few days and creating a huge talking point across the country.

Matt says: “The Baked Potato Song was something I sang on ‘Shooting Stars’ 20 years ago and in an idle moment on Tuesday night I rewrote the lyrics and updated them. Baked Potato is always giving good advice and the new advice in the new version of the song is about washing your hands, staying indoors and only going to grocery stores. I urge everyone to buy the single this week and raise vital money for the FeedNHS campaign.”

FeedNHS is an initiative set up by food chain LEON alongside Matt, actor Damien Lewis and his actress wife Helen McCroy to raise £1 million and get 6,000 meals a day into London hospitals for critical care staff. The campaign will then hopefully roll out across the nation to feed the NHS, with the aim that everyone will get one hot meal a day.

Some of our heroes are already working 20 hour shifts and these hours will only get longer as the crisis worsens. With cafes and eateries, all shut there is a real need to get healthy hot food to the hospitals.

You can donate to FeedNHS here: http://www.thankyoubakedpotato.com/