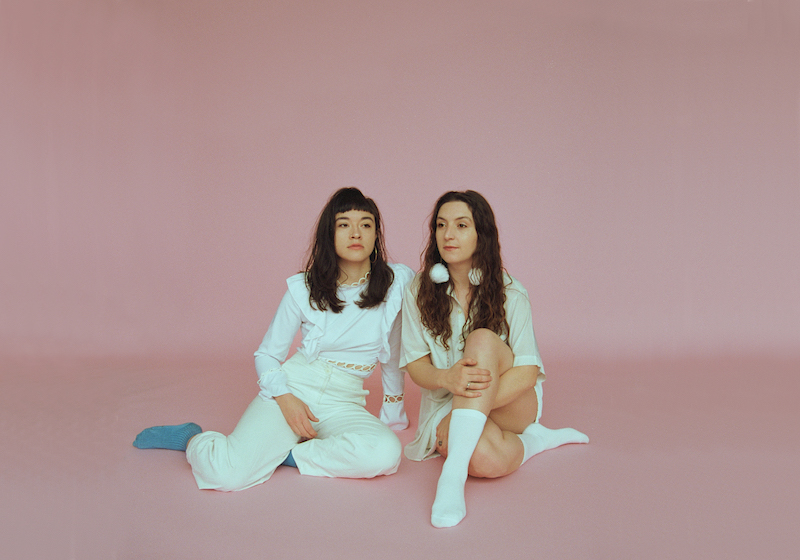 “We’d been kicking around the idea of doing something like the Pop Musik video by M but darker,” says the band. “There’s a lot of darkness these days but it’s important to keep dancing. Austin said, ‘fancy ghosts’ and ‘can I press order on these California King satin bedsheets’ and we said ‘Yes, and YES!'”

Fantasize Your Ghost is the direct result of the band spending more time on the road than in Chicago. It’s deeply concerned with questions of the self, the future, and what home means when you’re travelling all the time. Early sketches of Fantasize Your Ghost’s tracklist were demoed at Sam Evian’s Flying Cloud Studios in upstate New York through intensely collaborative and open sessions. The album was recorded over a six day session in August 2019 at the Post Farm in southern Wisconsin with journeyman producer Chris Cohen.

Though 2018’s Parts showcased their wildly burgeoning  influences and talents, Fantasize Your Ghost captures the astounding magnetism and ferocity of their live show.  It encapsulates the thrilling and sometimes terrifying joy of moving forward even if you don’t know where you’re going. It’s an album that asks necessary questions: When life demands a crossroads, what version of yourself are you going to pursue? What part of yourself will you feed and let flourish and what do you have to let go of? This is a record of strength, of best friends believing in each other. Unapologetic and brave, Ohmme are ready to figure it all out together.