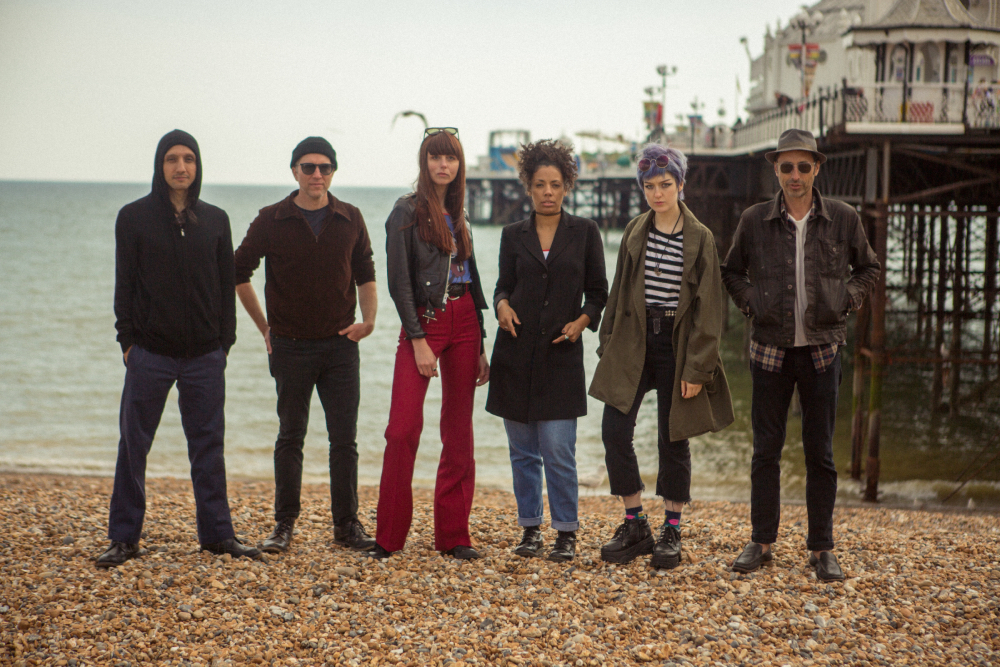 Southern Californians Wargirl have announced their new album ‘Dancing Gold’ will be released via Clouds Hill on 12 June 2020. And they’ve unveiled a new single from the record ‘Hang On’, out now with accompanying music video. “‘Hang On’ is a reminder that our minds play tricks on us,” says guitarist and production mastermind Matt Wignall, continuing “It’s a light hearted set of rules or proverbs about everyone’s self importance. No matter what happens in our relationships with friends and lovers, everyone matters and we all recover from pain, and if we want it, we become better. “If your heart breaks, take it back, it’s their loss and that’s a fact”!”

Wargirl is a six-headed circle of like-minded people from different backgrounds and cultures who have a unique defiance and edge to the music they create together. Uniting The Clash, Sade, classic reggae and afrobeat into an explosive cocktail with garage rock gusto and a beautiful rawness,  their new record is a wonderfully organic, spontaneous demonstration of six very close people who have spent significant time playing music together. Wignall says: “All the members of this band are exceptional musicians. We all found each other because we were probably meant to. We want to make great, unique, interesting music with messages that are universal and true, encouraging the listener to take a deeper look at this life, to ask questions about what we all accept as normal.”

The songs on ‘Dancing Gold’ were produced by Wignall and mixed by genius engineer/producer Mark Neill best known for his producing of Black Keys’ ‘Brothers’ and Dan Aurbach’s ‘Keep It Hid’. More than anything they set out to make positive and uplifting music “that feels like it comes from a spirit of friendship and truth and love.” This is really typical of Wargirl’s oeuvre to date, which unites a plethora of classic sounds to create something that’s true to their roots yet pushes the envelope and blurs the lines of the genres they move through. The vibrations they seek to spread through their music come from a very positive place.