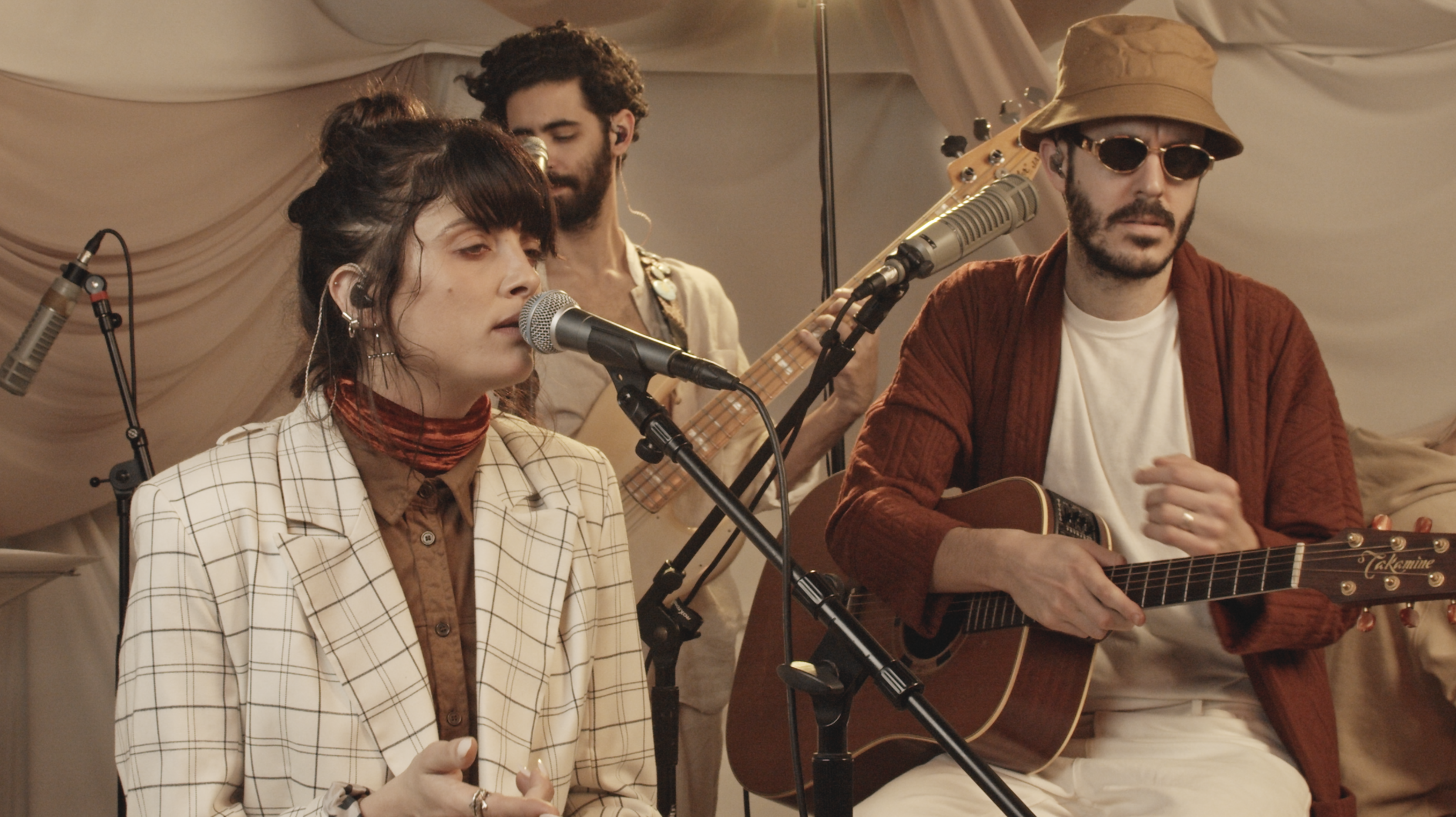 Today, Tel-Aviv musician Noga Erez drops an alternative version of her latest single “VIEWS.” The new version, entitled “VIEWS (Kids Against The Machine Vol. 1),” features Noga and her collaborative partner Ori Rousso clad in white and accompanied by a six-piece band, where electronics are stripped back for a mesmerising performance.

“VIEWS (Kids Against The Machine Vol. 1)” is the first of several stripped-back tracks that Noga will be dropping throughout the year. Erez stated her claim on 2020 with the drop of the original “VIEWS,” the first track from the long-awaited follow-up to her 2017 debut LP ‘Off The Radar.’ Known for her politically poignant work, Noga has already built a reputation for pulling no punches when it comes to speaking her mind.

Noga Erez burst onto the scene with ‘Off The Radar’ in 2017, winning acclaim across the globe. While the music she makes in collaboration with her partner and co-writer, composer and producer Ori Rousso, exploits many of the more physical, dynamic elements of electronic & pop music, it also embraces a cerebral sensitivity that’s made her one of her home city’s most exciting, idiosyncratic artists. The grainy textures and potent atmospheres forged with her synths and ingenious beats bravely straddle genres.   Her 2018 standalone singles “Bad Habits“ and “Cash Out (feat. SAMMUS),” and 2019 collaboration with ECHO, “Chin Chin” saw her continuing to forge a path of uncompromising and unpredictable, gritty, truth-seeking alt-pop. “VIEWS” marks the start of the next chapter in her career, with a new full-length and extensive live dates set to follow later in 2020. Watch this space!