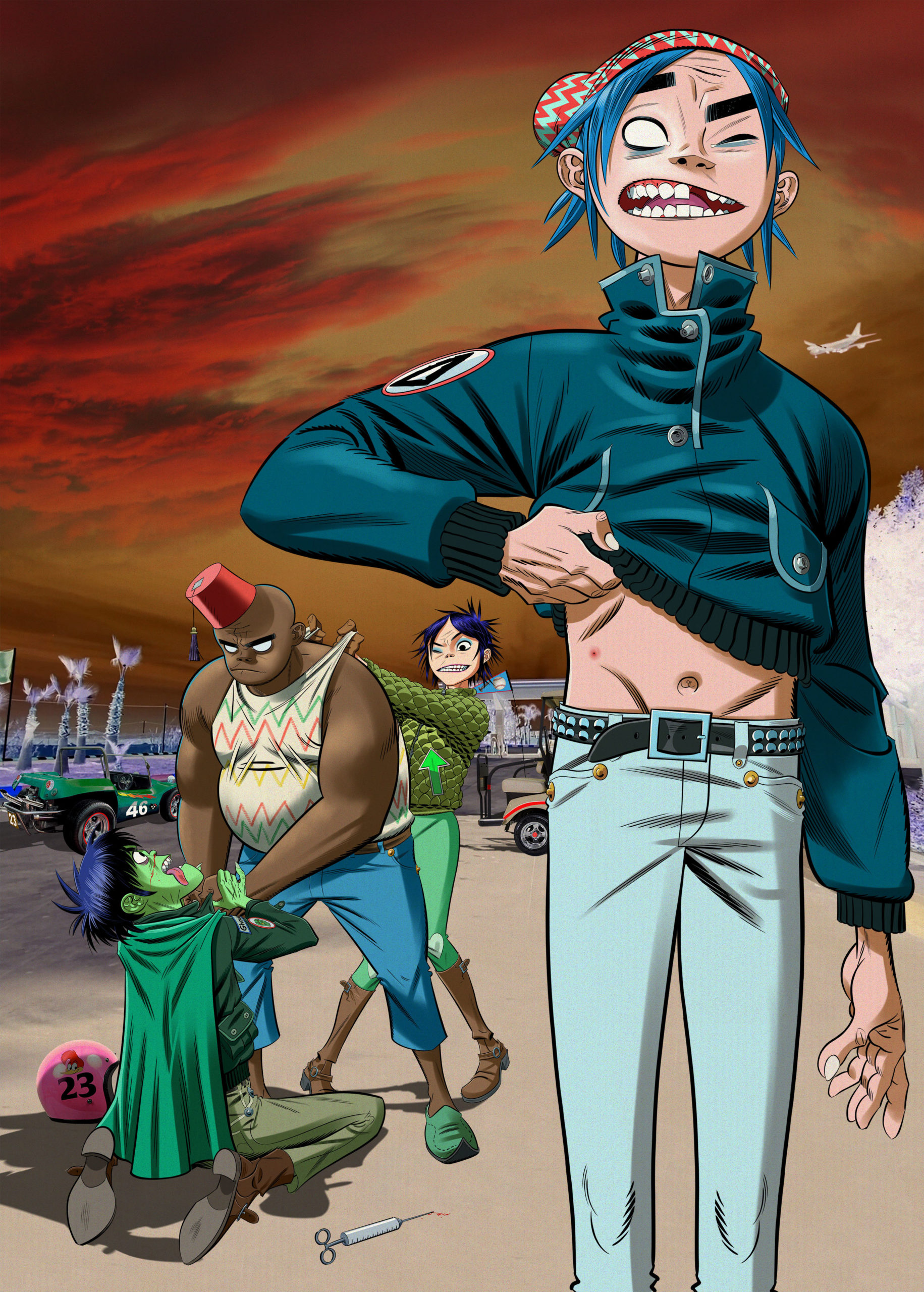 Aries is the third episode of Song Machine from Gorillaz. Featuring the legendary Peter Hook on bass, with alt-pop singer and producer Georgia on drums, Aries sees our virtual heroes capture much of the current mood with a soaring affirmation of human connection.

We last saw 2D, Noodle and Russel when they visited Lake Como, via a Kong Studios portal, while accidentally (or not) leaving bandmate Murdoc behind. Aries now picks up with Murdoc inviting longtime bandmate and rival 2D on a trip for some quality frenemy time, with a little truth serum on hand for the ride…

Gorillaz guitarist Noodle said – “Highly impatient and competitive, many Aries have the fighting spirit of your mythological ruler.”

With last week’s message from Murdoc Niccals, the band assured fans that the Song Machine remains ON… And now they are inviting the bold and the brave to escape the unreality of lockdown and Get Lost With Gorillaz as Murdoc, 2D, Noodle and Russel, drawn to various locations around the world, send back regular reports from the splendidly real confines of virtual isolation.

And G Club is the band’s new virtual meeting space where social distancing does not apply, sign up here.

Gorillaz are once again disrupting the paradigm and breaking convention in their round the back door fashion with Song Machine, the newest concept from one of the most inventive bands around. Song Machine – the cartoon music contraption which spits out brand new episodes fresh from the studio, as and when they happen – will see Gorillaz joined by an exciting and ever-evolving roster of as yet unannounced collaborators captured live in Kong Studios alongside the world’s most successful virtual band*. The cameras are rolling 24/7, the fourth wall is broken, the kettle is on, the chaos is real, the door is open… What’s coming next? Stay tuned.

Follow Get Lost With Gorillaz on your chosen platform here.