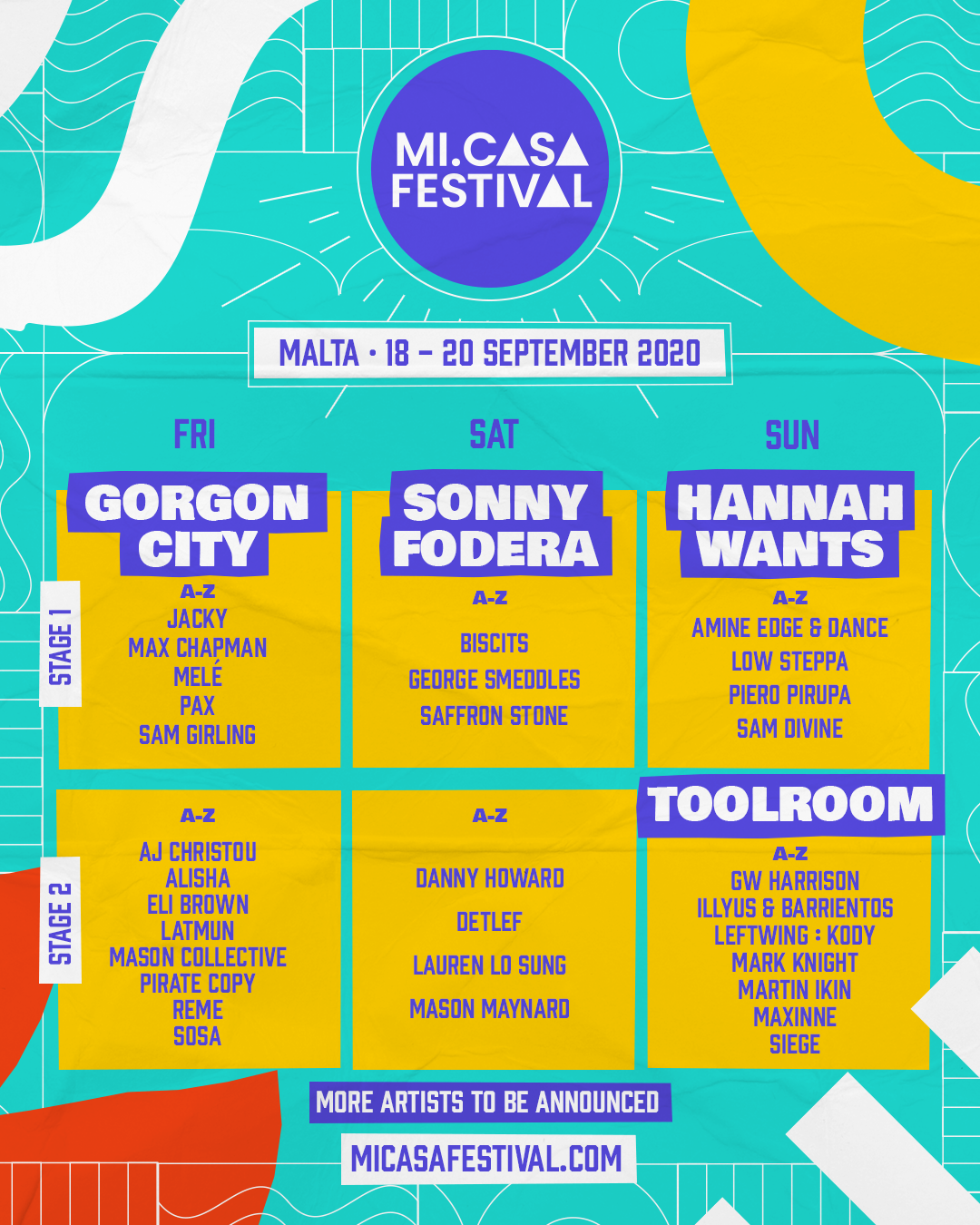 Bringing the ultimate house music marathon to one of the golden gems of worldwide festival escapes, the new Mi Casa Festival heads to Malta this September (18th-20th) with a who’s who lineup of party generals.

Taking over the famed Gianpula Village, Mi Casa Festival is an unrivalled weekend rich with the biggest and best names in house music today. Under scorching skies and picturesque surroundings, heavyweight favourites from the scene make their play for huge summer moments, surrounded by a community of like-minded fans all basking in the glow of a true summer festival experience. From our house to yours, it’s a welcome invitation that can’t be passed up.

Across three days and nights, the latest and greatest will be opening the door to unforgettable sets at Mi Casa Festival. From headliners Gorgon City, Sonny Fodera and Hannah Wants to a special takeover stage from the revered Toolroom alongside a formidable bill including the likes of Danny Howard, Mark Knight, Mele, Sam Divine, Low Steppa, Lauren Lo Sung, Detlef, Latmun, Mason Maynard, Pirate Copy, George Smeddles, Mason Collective and many more – all poised for euphoric house perfection once Mi Casa opens for business this September,

From sunrise to sunset, expect standout daytime programming held under Malta’s unmissable sunshine skies (with over 300 days of sunshine witnessed each and every year on the island). As night falls, expect the greatest names in house serving up sets that’ll live long in the memory – surrounded by a global community that’s been waiting for this very moment for landmark summer highlights. A weekend to throw away the months gone by and dance in the good vibes on the Mediterranean’s most celebrated new home of dance, Mi Casa Festival looks to the future with a weekend fans will be talking about for years to come.

With very low rates of Covid-19 and incredibly detailed and diligent planning from the Maltese government, the country is now open again for tourism to many parts of Europe including the UK from July 15th (with the airbridge travel arrangement in place with a range of European countries and quarantine restrictions now lifted). All hotels, bars, restaurant’s, clubs and beaches are open with stringent procedures in place around social distancing and testing.

Mi Casa Festival sits as a part of a series of cultural events produced with the Maltese Tourist Authority, Visit Malta and 356 Productions – taking place in August and September 2020. Further events include The BPM Festival: Malta, Rhythm + Waves, Back In The Future and Escape 2 The Island – featuring the best DJs, artists and clubbing brands heading to Malta this summer.